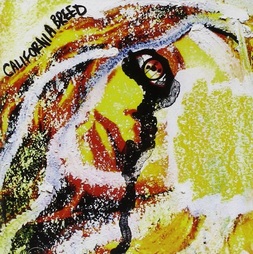 For all the tension caused between Glenn Hughes’ demand for commitment to the Black Country Communion cause and guitarist Joe Bonamassa’s own, extremely busy schedule taking precedence (a tiff that inevitably led to the band’s third album Afterglow being their last), the musical divorce has worked out equally well for both parties.

Joe Bonamassa has gone back to being the prolific blues-rock performer he’s best known for, now in the company of ex Black Country band mate Derek Sherinian (the keyboard player having become a permanent member of the guitarist’s touring band).

Meanwhile Glenn Hughes asked his ex Black Country colleague Jason Bonham to join him in a group that would become known as California Breed, the Los Angeles based band formed in 2013 by Hughes and new six-stringer on the block, 23-year-old Andrew Watt.

Whether the injection of youth, simply a strong and immediate chemistry or being on the same page musically, Messrs Hughes, Bonham and Watt have formed a heavy rock power-trio in the classic mould and pronounced themselves ready for action by way of a loud and proud, brash and heavy debut released on Frontiers Records.

'The Way' opens proceedings 'Black Dog' style, driven by a guitar, bass and drum riff that stop-starts to let Glenn Hughes’ high-octane vocal lines take centre stage; any space between the music and the voice is filled by a spray of thunderous drum work from Jason Bonham.

The Led Zeppelin comparison is a valid one; California Breed place their sound firmly and squarely on the shoulders of the giants of 70's rock and big, chunky chords.

Case in point is 'Sweet Tea,' a 21st century take on guitar-driven, mid-tempo heavy rock with a riff that wouldn’t be out of place on a mid-70's Zeppelin album.
Simple enough in form, the song is carried by a dirty, thick riff from Watt and a distorted solo that fits the strut and swagger of the song to a (sweet) tee.

'Chemical Rain' adds a little psychedelic slow-rock to proceedings before the tempo is picked back up by 'Midnight Oil,' a song that sports a funky little chorus and features Kristen Rogers on backing vocals.

'Spit You Out' is the best song Mott the Hoople never did (Andrew Watt even dropping a little Luther "Aerial Bender" Grosvenor into his melody lines) while the heavy acoustic and electric rock of 'Strong' brings a different colour to the California Breed palette.

While there are changes of pace such as 'Chemical Rain' and the heavy ballad 'All Falls Down,' at the heart of California Breed is a bristling, high-energy collection of songs that gives subtlety the day off, typified by the one-two punch of 'The Grey' and 'Days They Come.'

The slow-building 'Breath' closes out the twelve track album but for the collectors there’s the obligatory Deluxe CD Edition (including the fast and furious 'Solo,' one of the first songs Glenn Hughes and Andrew Watt wrote together) or the Deluxe DVD Edition, including 'The Making Of California Breed' and two music videos.

Jason Bonham needs no introduction but suffice to say the phrase "son of legendary drummer John Bonham" has long since been replaced by "Jason Bonham, outstanding drummer in his own right."
And as regards the percussive work on display, California Breed is the drummer’s finest studio hour to date.

Glenn Hughes is one of the few rock tenor vocalists from the 70’s that has retained most of his range and a lot of his power; while many of his solo albums and previous band projects showcase his rock, blues, soul and funk repertoire California Breed is Hughes vocally unshackled.
The downside to that are the inevitable passages where Hughes goes all screamer on your ass and lyrics become almost unintelligible – but with this material, and the band’s energy, it comes with the territory.

For all the power behind the kit and vocal dynamics, the star of the show is Andrew Watt.
There are no revelations as regards his guitar playing but California Breed is built upon Watt's big riffs and power chords. And while his solos are feisty and fit the profile they don’t outstay their welcome.

Glenn Hughes and Jason Bonham have left the Black Country behind and taken Communion for the last time (but we are living in the Age of "never-again" Reunions so all bets are off).
The pair, in the company of Andrew Watt, have become part of the new California Breed – and it’s already one with quite the pedigree.


The following audio track is presented to accompany the above review and promote the work of the artist.
No infringement of copyright is intended.
Post-review note January 2015:

Nine months after the release of their debut album and a number of live shows in the latter half of 2014 (where Jason Bonham was replaced by former Queens Of The Stone Age drummer Joey Castillo because of Bonham's other commitments) California Breed disbanded, possibly because Bonham's departure was likely to be permanent.

The band's official statement was direct and to the point:
"We are no more… another thing we couldn't keep together."

Joe Bonamassa was probably thinking that sounds just about right...