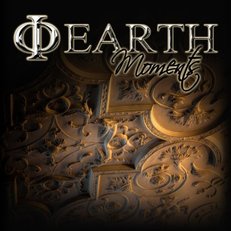 Unique definition:
Being the only one of its kind; unlike anything else.
Belonging or connected to one particular person, place, or thing.
Particularly remarkable, special, or unusual.

Along with genius, the word unique tends to be over-used, especially in the world of musical or artistic creativity. It’s also, more times than not, used inaccurately.

A broadening of its meaning has been established over the years but the fact remains the word is still too easily placed where it doesn’t deserve to be.

There has been great anticipation in the run-up to the release of Moments, the second album from the British progressive rock band IOEarth.
And not just from modern progressives or fans of that often derided form of music.

Those who look for something a little bit different in their rock music, or applaud thinking outside the reinvented progressive or classic rock box, have been looking forward to hearing what IOEarth would come up with next.
Because this is a band who are a breath of fresh musical air to the world of progressive rock and are redefining the genre.

The debut release made quite an impact when band and album appeared on the modern-progressive rock scene in 2009.
IOEarth and their self-titled debut album deservedly won numerous prog awards in both the UK and Europe but, as is always the case with such notable firsts, the question was could the band build on the foundation of that first album or at least match what had gone before.

Turns out they have bettered it.

Dave Cureton (guitars, vocals, keyboards) and Adam Gough (keyboards, guitars, vocals) have been friends since their school days and are the heart, soul and composers of IOEarth music.
They have taken a myriad of influences, mixed vocal pieces with long-form instrumental compositions, incorporated instruments such as saxophone and trumpet into a rock-based environment and created what has become known as "the IOEarth sound."

On Moments they have taken that sound, refined and defined it even further and produced a remarkable and, in places, quite brilliant piece of work.

Moments takes its lead from the band’s first album but where the debut was a 100 minute work over 2 CD’s and three movements (Water, Earth, and Air), the follow up has deliberately moved away from the conceptual form and those longer themes.
And while there is no Fire in Moments, it certainly glows and burns with musical innovation, vibrancy and life.

IOEarth’s influences include Middle Eastern, Indian and Asian cadences and rhythms, classic rock and rock fusion, dance and ambient musical forms.
All woven into a rock-based fabric that starts with Gough’s piano and keyboards and Cureton’s rock-driven guitar work.

The opener, the title track, is the perfect introduction to the band’s distinct sound.
From a quiet, spoken word start, the track builds into melodic lead guitar over a rock-driven groove before heading into an eastern themed instrumental run.
The song then drops the pace for a smattering of Middle Eastern vocals leading to the short lyrical section featuring singer Claire Malin.
It then returns to its east-meets-classic-rock theme before finishing as it started.

If Steve Vai, his guitar and amp were transported through time and space to a dusty bazaar in the Middle East, it might well have sounded like 'Moments.'

‘Live Your Life,’ written as two very different but connected parts, is more mainstream but still carries the band’s core musical traits.
Opening as a beautiful piano-based ballad featuring the wonderful voice of Claire Malin, the second part of the song gravitates to a high-energy rock piece with the band shifting into top gear.
Driven along by the rhythm section of Richard Cureton (drums) and Christian Nokes (bass guitar), Malin is again in fine voice while Dave Cureton delivers some great lead work.

Although Dave Cureton and Adam Gough are the directors and architects of IOEarth’s musical structure, the band is complimented by other musicians who help create that IOEarth sound.

Along with the aforementioned Richard Cureton, Christian Nokes and Claire Malin, there are trumpet textures courtesy of Steve Trigg and flute and saxophone by Luke Shingler.
There are also spoken word contributions from Wendy Vissers-Hagenbeck and 9-year-old Jayna Maye-Noa Vissers, while 6-year-old Nicko Cureton provides cymbal percussion.

‘Brothers’ is a punchy instrumental interlude (the only song on Moments that doesn’t contain lyrics or a vocal) while ‘Come Find Love’ only contains three lines but expresses itself by repeating those lines over a song best described as ambient dance.

‘Turn Away’ is melancholic in tone and would have been an anti-climactic ending to proceedings if not for the fact that it slowly but purposely builds up the musical layers – first with Claire Malin’s vocal interjections then Dave Cureton’s flurry of notes across the fret board.
The final word, or words, go somewhat fittingly to Sir Winston as he once again reminds us this is our, and IOEarth’s, finest hour.

The 2009 debut was a great album with some excellent pieces woven within its three movements, but "the IOEarth sound" was still evolving.
Some of it was intriguing or interesting as opposed to integral or essential.

With Moments however the band has an album where, as the title suggests, each song is independent of the whole and stands proud on its own musical merit (the two parts of ‘Live Your Life’ also stand strong as individual tunes).

Yet collectively the nine tracks produce a cohesive and quite dramatic piece of work and deliver sixty-minutes of modern prog at its innovative best.

Unique definition:
Being the only one of its kind; unlike anything else.
Belonging or connected to one particular person, place, or thing.
Particularly remarkable, special, or unusual.
The IOEarth sound.