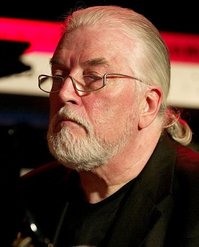 But there is no doubt Jon Lord will be best remembered for his work with Deep Purple and his Hammond B3 and C3 notes, riffs and rhythmic sequences that complimented and counter-pointed Ritchie Blackmore’s fluid, fast and undeniably flashy lead guitar work.

Which meant that, fittingly, he also brought a heavy Hammond to heavy rock.
But the blues and that blues-organ sound were not his only influences.
Lord studied classical piano from a very early age and influences ranged from Bach to blues organist Jimmy Smith to the keyboard-driven psychedelic rock of Vanilla Fudge.

Lord would also become an aficionado of the RMI 368 keyboard (Electra-piano and Harpsichord), which made appearances on a number of Purple songs and through his celebrated Deep Purple years.

But, truth be told, Jon Lord's entire career was one long purple patch...

Leicester born Lord had moved to London as the fifties came to a close and his musical career started with the swinging sixties jazz group the Bill Ashton Combo.
The young Lord and his Hammond sounds would go on to feature in a number of other 60’s acts including Red Bludd's Bluesicians and The Artwoods, while session work included playing keyboards on The Kinks 1964 hit 'You Really Got Me.'

Lord then formed Santa Barbara Machine Head before touring with The Flower Pot Men in 1967, whose line-up at that time included bass player Nick Simper.
Around a year later, after a few stop-starts, Lord founded a new band that included Simper, singer Rod Evans, a talented guitarist by the name of Ritchie Blackmore and a drummer who would turn out to be none-too-shabby behind a kit, Ian Paice.

And the rest, as they say, is heavy rock history – or would be once Deep Purple hit their 1970’s stride with the classic Mark II line-up featuring singer Ian Gillan and bass player Roger Glover.
But for all the classic rock anthems Purple produced, Lord’s personal highlights with Purple are undoubtedly the orchestrated or classically influenced moments.

Concerto for Group and Orchestra, composed by Lord with lyrics by Ian Gillan, was first performed with the Royal Philharmonic Orchestra at the Royal Albert Hall in September 1969.
The performance, recorded and released a few months later, is regarded as a groundbreaking work and is the first-ever meeting of rock music and a full orchestra.

A follow-up was commissioned and in 1970 Lord created the Gemini Suite, a five movement work inspired by and featuring the individual talents of the Deep Purple quintet.
Gemini Suite was first performed live in September 1970 with The Light Music Society Orchestra, but better was the 1971 studio version that became Lord’s first solo album in 1972.
The recording featured the London Symphony Orchestra, an additional movement (for piano) and guest performers Ian Paice, Roger Glover, guitarist Albert Lee and vocal soloists Yvonne Elliman and Tony Ashton.

In 1976, as Deep Purple imploded towards their inevitable split, Lord released what is acknowledged as one of his finest ever works, the orchestrated Sarabande.
Lord and Ian Paice then formed a new band with singer and keyboard player Tony Ashton.
Paice Ashton & Lord (or PAL), a soul-funk rock outfit that included guitarist Bernie Marsden and bass player Paul Martinez, released one album, Malice in Wonderland, in 1977.

PAL only lasted a year before disbanding and in 1978 Lord and Marsden joined David Coverdale’s new band project, Whitesnake.
Lord’s bluesy organ work and piano runs were a perfect fit for Whitesnake in their original blues-rock form, but it was less a feature and more a texture behind the twin-lead guitars of Marsden and Micky Moody.
Lord remained a member of Whitesnake until 1984 when he left to become involved in the Deep Purple reunion.

Lord’s second Purple patch produced another six Purple studio albums and a hectic tour schedule, but he did find time in 1997 to record his first solo album for sixteen years, the poignant Pictured Within.
Released in 1998 the album includes vocal pieces but it's a primarily instrumental, part-conceptual creation and a very personal and reflective work (Lord’s mother had died in 1995). Some of the more melancholic pieces are strikingly beautiful. 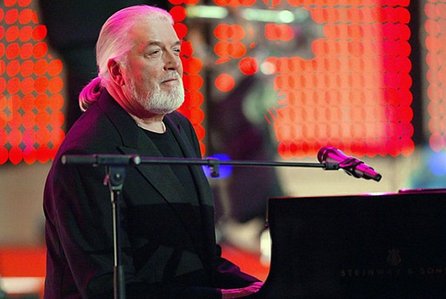 Jon Lord. The best Hammond player in rock, fine classical composer
and creator of the groundbreaking Concerto for Group and Orchestra.

Post-Purple, Lord performed a set of standards with Australian R&B/ blues group The Hoochie Coochie Men (released as Live at the Basement in 2003) and was a recurring member of the band, appearing on their 2007 studio album Danger: White Men Dancing. Lord would later perform with his own Blues Project band.

Lord released a further four studio albums after retiring from Deep Purple including the prestigious Durham Concerto, a classical work commissioned in 2007 by Durham University for its 175th anniversary.
The Concerto premiered on the 20th of October 2007 in Durham Cathedral, featuring the Royal Liverpool Philharmonic Orchestra.

Lord’s final studio work was 2010’s To Notice Such Things, a six-movement suite composed in memory of Lord’s friend and noted dramatist, author and screenwriter Sir John Mortimer, who died in 2009.

In 2010 Jon Lord was made an Honorary Fellow of Stevenson College, Edinburgh.

In 2011 Lord was diagnosed with pancreatic cancer and although he stepped back from live performances he continued to work and compose for future projects.
That same year he was awarded an honorary Doctor of Music degree by the University of Leicester.

On the 16th of July 2012 Jon Lord died after suffering a pulmonary embolism.

Jonathan Douglas Lord.
Not just the best Hammond player in rock, but a fine composer who has bestowed a comprehensive, musical legacy on rock, orchestrated rock and classical music.
Ross Muir
July 2012


Audio excerpts from 'Lazy' by Deep Purple and 'Fantasia' from Sarabande are presented to accompany this article and in tribute to the memory of Jon Lord. No infringement of copyright is intended.