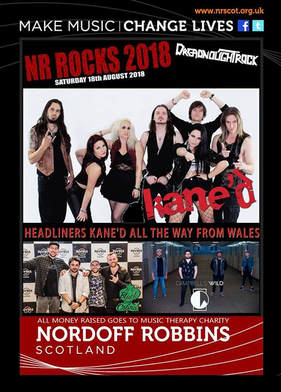 Variety was the spice of musical life once again at the NR Rocks charity gig (for Nordoff Robbins Scotland Music Therapy) at the DreadnoughtRock in Bathgate.

This time around it was pop-punk, groove rock and melodic rock-metal, courtesy of Campbell’s Wild, Black King Cobra and Kane’d, who made the trip up from their Welsh homeland (and back down the same evening; which tells you something about both the band and the event) to headline.

Edinburgh’s Campbell’s Wild, who are making a bit of a name for themselves in the capital, brought their pacey, power-pop punk sound to Bathgate for the first time.
​
The four piece – Fraser Jamieson (vocals / guitar), Keir Jamieson (drums), Calum Haig (bass / vocals), Steven Turner (guitars / vocals) – use big chords, threaded bass lines and punchy drum beats and fills to create their sound, exemplified by songs such as 'Spinning Circles' (the title track of their 2016 EP) and recent Bandcamp / single release 'Sunday.' 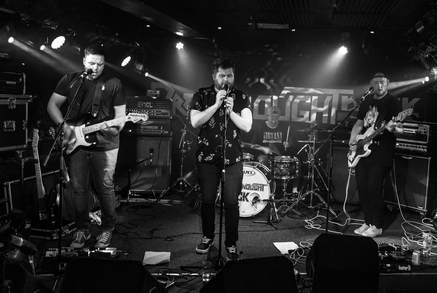 ​When all instruments intentionally collide however their punk-pop becomes a post-rock Campbell’s cacophony of Wild sound, on the night intensified by keeping to a quick-fire non-stop set with only the briefest of pauses for Fraser Jamieson to mention the upcoming song title.

The one differently structured change of pace came by way of closing number, 'Living Proof.'
​
One of the band’s newest and strongest compositions, the song starts semi-acoustically before building in to a song that allows Fraser Jamieson to vocally reach further than he has on previous material.

With an ever rising number of New Wave of British Classic Rock bands on the rock and roll radar it’s exciting to see and hear a band such as Glasgow’s Black King Cobra bucking that musical trend and delivering a groove that's so rhythmically funky and deeply infectious it’s hard not to get your dancing shoes (or at least some serious body swaying) on. 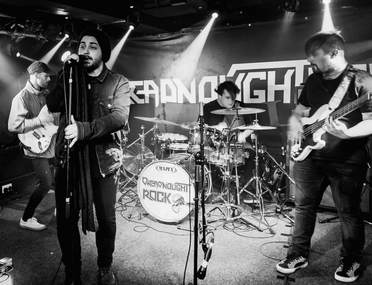 ​Live favourite 'Ball and Chain' swayed as much as it rocked while 'Shiver' built from its low-key beginning to a grooving shiver that emulated its title before shimmering and shaking with melodically funkified purpose.

Although Law of Attraction is still hot off the CD presses Black King Cobra are not resting on the groove rock laurels of current material to make their mark, as new song 'Undesirable' proved with its soulful light and edgier shading.

All credit and thanks to Kane’d for making a near 800 mile round trip from Wales to not just perform at NR Rocks but put to deliver a high-octane and extremely high-tempo set that covered all their album bases from the alt-rock styled Beautiful But Tragic, the more rocking Rise and the bigger, weightier melodic rock sound that shapes latest album Show Me Your Skeleton. 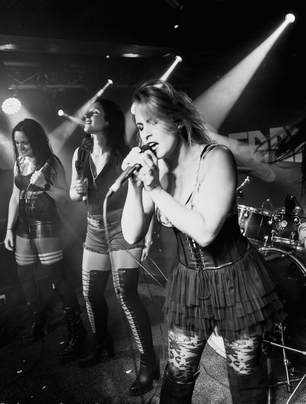 Each of the girls' can each deliver a strong and purposeful lead vocal or combine to deliver seriously sonorous two and three-part  harmonies.

The title track of Show Me Your Skeleton was a highlight, it’s huge melodic rock sound making for one of the feistiest songs of the genre you’ll hear this year, but older songs performed (many of which are more alt-rock in nature) also bristled with energy.
​
'Wasted' is the band's heads (and drinks) down, three rockin' sheets to the wind number while '3-2-1' was equally boisterous, seguing to a guitar-led call and answer instrumental before the girls returned to deliver a punchy rendition of hard melodic rock ‘n’ roller, 'Sin.'

Kane'd contrast was provided by the rock ballads 'Covered in Roses' and 'Rise;' the latter, quite fittingly, vocally soared on the night.
While other reviews will cover a given show in more band, set-list and performance detail, the NR Rocks reality of the charitable situation is this event was about raising money for Nordoff Robbins Scotland.

FabricationsHQ, honoured to be able to sponsor part of the proceedings, therefore makes no excuse for writing as much about the event as the acts, or for ending with the same message that wrapped up the review of NR Rocks 2017.

Nordoff Robbins Therapy helps thousands of people with mental and physical impairments through the power, effectiveness and interactivity of music.

While the London based side of the operation, bolstered by its noted Silver Clef awards, can see donations totalled in the hundreds of thousands of pounds, the Scottish arm of Nordoff Robbins is in competition with a myriad of other excellent and desperately needed charities in a far smaller monetary environment.
All of which makes events such as this one very important.

Think about how important music is to you or the impact it makes in your life.

Now change that love of music to a dependency on music and double it; in fact triple it.

That’s Nordoff Robbins and the people they help. And you can help too, by heading to the donations page:
https://www.justgiving.com/nrmt

Special nod to event organiser and NR Scotland volunteer John McIntyre, his band of helpers, the DreadnoughtRock’s Alan Russell, the entire ‘Nought team and all those helped ensure another great NR Rocks night was had by all.

It’s a credit to their efforts and all those who attended (a healthy number considering the Edinburgh Fringe festivities just twenty miles east and Scottish Celtic-rockers Runrig playing their last ever gig up the road in Stirling) that not only was £900 raised for Nordoff Robbins Scotland, a motion was submitted to the Scottish Parliament in acknowledgement of the event, its organisers, the charity and Kane’d.
​
That's lush, that is. 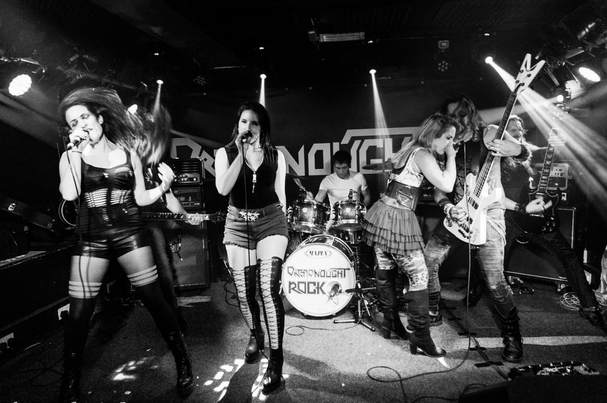