In the Aftermath of positive musical consequences
Preacher (with Comedy Of Errors and The Toi) – 02 ABC Glasgow, 2nd April 2016 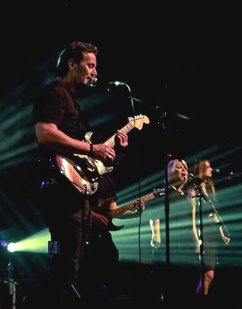 From the kilted snare drum quartet that led Preacher on to the stage, heralding the start of the band’s Album Launch show at the 02 ABC in Glasgow, it was clear it was going to be a good evening for the band and their released-on-the-night album Aftermath.

But then as gigs and audience satisfaction goes it had been a good night from around ninety minutes earlier when Glasgow hard melodic rockers The Toi opened proceedings, followed by a melodically progressive set from Comedy Of Errors.

The Toi, featuring guitarist and vocalist Paul Healy, bass player and backing vocalist Andy Carr (who also plays with Gun) and drummer Stevie McLay, got a warm welcome from the home crowd before delivering a seriously solid half hour set based around their cracking little 2015 debut album Water Into Wine; highlights included the rockin’ swagger of 'Get On It,' the mid-tempo big chorused 'Down By the River' and a beefy, blues-infused take of the band’s favoured cover, the Alannah Myles classic 'Black Velvet.'

The origin of Comedy Of Errors lies in the thirty year old wake of neo-prog, a demo tape release and a couple of mini-albums, but since resurfacing in 2011 with the Disobey album the band have established themselves as a very accomplished progressive sextet.

Comedy Of Errors most recent work Spirit (a classically structured and moving journey through grief, loss and hope composed by keyboard player Jim Johnston) is encapsulated by the melodically and vocally uplifting title theme, a highlight of not just the Comedy’s forty-five minute set but the entire night.

Lead singer Joe Cairney was in fine, rounded voice throughout while the clean, crisp and vibrant six-string work from Mark Spalding and Sam McCulloch (both individually and in twin guitar harmony) formed a distinct part of the Comedy Of Errors sound.
The set finished in fine get-yer-prog-on style with 'The Student Prince Part 1,' a number from the band’s past life but revisited and sonically sharpened for the Disobey album.

'War,' with its snare drumming lead-in, made for the perfect attention grabbing introduction to Preacher’s Album Launch set.
The militaristic rhythm and battle-scarred lyrics of the number, followed by 'Welcome to the Fray' (a brooding mid-tempo Pink Floyd meets contemporary rock piece) also made for a perfect one-two sonic punch; the title track of the band’s new album then set a more atmospheric tone.

'Aftermath,' featuring a Bowie-esque vocal from singer, lyricist and rhythm guitarist Martin Murphy, a haunting piano refrain from Arnold "Arny" Burgoyne and accompanying guitar remarks from Greg Murphy (a prodigious self-taught talent and son of Martin Murphy), built to its majestic full-bodied crescendo with backing singers Angela Bell and Kerry McWhinnie (who were on-point and on-pitch across the entire show) and the younger, six-string Murphy in full, melodic cry.

The Aftermath tunes were mixed and weighted perfectly across a set-list that included a clutch of numbers from Preacher’s debut album Signals, including the pulsating title track, a gritty, rhythmic rendition of 'Friends of My Dreams' and the sci-fi slanted instrumental 'Arrival,' the latter featuring Arny Burgoyne and Greg Murphy in perfect synthesizer and guitar harmony.

Preacher, completed by the solid rhythm section of drummer Iain Duncan and bassist Gordon Munro (anchoring and driving songs such as the 70s edged rock of 'Vinyl' while bringing real groove to the soft jazz-rock instrumental section of the musically breezy 'Vision') fire on all seven cylinders of their studio components but live the band are augmented by Ron Rodger on acoustic guitar and, on the night, additional Aftermath keyboards from Mikey Grant (and all credit to the band for keeping it live as opposed to the easy out of audio loops or pre-recorded backing tracks).

'War Reprise' carried true poignancy through the soloing of Greg Murphy; the young guitarist's lead lines were in melodic empathy with the emotion of a song telling the tale of a man caught up in the fray through no choice of his own.

Similarly set closer 'Always,' an atmospheric and lyrically contemplative piece, extended beyond its "quick fade" album version to allow Murphy Junior to fire some seriously feisty six-string bursts across the closing bars of the number (Greg Murphy positively shone under the multi-coloured spots on the night). 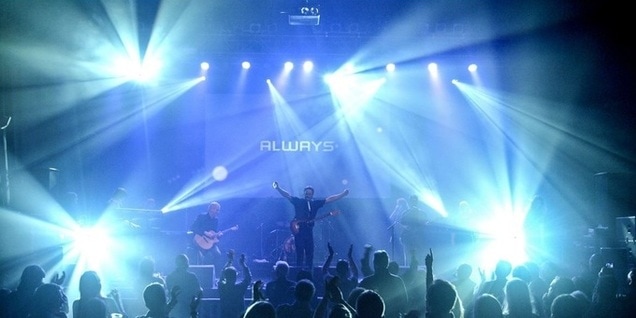 In a nostalgia-tinged entertainment world classic rock audiences tend to gravitate towards the usual suspects, greatest hits shows and anniversary album tours; meanwhile many a set-in-their-ways progressive rock fan will declare I Know What I Like in a wardrobe full of classic prog vinyl while championing bands that are tributes to the ghost of a progressive past.

The upshot? It’s a hard ticket and album sell for bands such as Preacher.

But on the night they formally released Aftermath, accompanied by full light show and a video screen projecting imagery that complimented the music and lyrics, Preacher went on to deliver quite the progressively influenced melodic rock statement.

And in the aftermath of such an exceptionally well delivered and well received show (filmed and recorded by Maybank Studios for future release) Preacher deserve any and all success that comes their way.