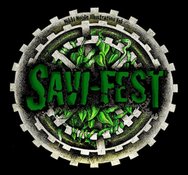 One of the longest-standing jokes about Scotland and its people is that we are a country frugal with our money and tight when it comes to splashing the cash.

The great irony is nothing could be further from the truth, as evidenced when genuine or serious charity causes come calling or an opportunity to help the under privileged presents itself.

The larger, well established UK tele-thon charities such Comic Relief’s Red Nose Day and Sports Relief are cases in point as more times than not the largest contributions – on a per person/ population percentage – come from Scotland.
And when music is added to the equation, we're usually at the front of the queue to tap our collective feet, sing-a-long and give generously.

I sincerely hope that is the case come Friday the 21st October when SAVI, a registered charity operating out of East Kilbride, present their SAVI-Fest at the Barrowlands in Glasgow.

SAVI stands for Sexual Assault Victims’ Initiative and the organisation was borne out of one family's tragic experience relating to that most horrific of crimes.
Their modus operandi includes on-going efforts to create change within the legal system, helping young victims cope with the aftermath of sex attacks and to keep those victims and their families strong and informed throughout recovery and while awaiting the trial processes.

The latter may well be the most important aspect of SAVI as there can be prolonged waiting periods before trial proceedings and victims and their families can be totally alone at such times.
That gap in the support services system is primarily why SAVI was established.

SAVI also offers further support by way of a buddying system and a 24/7 manned helpline, but all SAVI personnel are volunteers and give their time freely because this is a charity organisation.
They therefore need all the donation support and financial assistance they can get.

On October 21st, at the Barrowlands in Glasgow, SAVI will present their SAVI-Fest, which is hopefully going to be the inaugural show of what will become an annual event.
So the support of the musical media, the bands and those who love great music nights is of primary importance.

The event will run from 5pm until late and the music will be a mix of pop, rock, soul and acoustic delivered by around a dozen bands and solo artists from all over Scotland.
The acts include some of the best new, unsigned and recently established acts the country has to offer plus headliners Tom Hingley (ex Inspiral Carpets) and Emma's Imagination.

Other bands confirmed include Arvada, Aerials Up, Jaego, KontroBand, Pure Dead Brilliant, Seven Caves and singer Scosha Brettell, who will be delivering her hard pop and melodic rock with full band.
All of which guarantees a great night of musical entertainment.
And all for a great cause.

Scotland has a healthy supply of good, new musical talent coming through right now and many will be on display at the event – Scosha has a great voice that is going to be heard by a larger audience and Aerials Up recently performed at T in the Park and performed a spot for BBC Radio Scotland.

Although it’s perhaps unfair to pick out specific artists I have to admit I’m keeping an eye on and an ear out for the acoustic based pop-rock of Arvada (with a touch of Americana) and the gritty blues-rock of KontroBand. 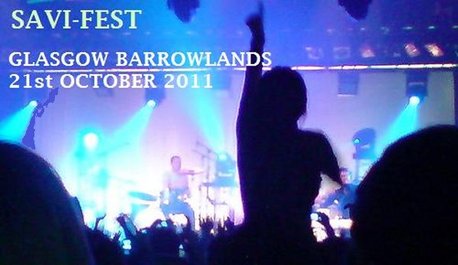 Charities such as SAVI and individuals like Jane Crawford (known as “Scotland’s Wonder Woman”) who flies the Saltire flag for the charity Wallace’s Weans (for under privileged children) should be applauded.
And hopefully a packed Barrowlands will be applauding the bands that come to perform on the 21st October.

There really is no excuse - tickets are only £10.00 and, as touched on at the top of this article, we Scots are supposed to love a bargain.
Let’s prove it.

To find out more about SAVI, make a donation, or for an alternative source for tickets, go to the SAVI website: http://www.savi.co.nr/