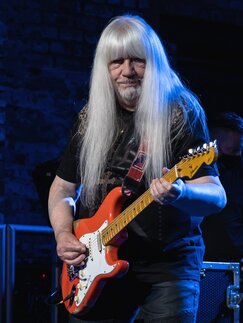 Back in the 70s The Sweet were a guilty pleasure due to their initial association with the Chinn-Chapman songwriting machine.
However, those in the know were well aware that behind the bubble-gum pop and glam rock exterior a superior rock band lurked, as evidenced by the B-Sides of the hit singles and later collection of not good, but great, rock/AOR albums.

But decades on some say the band are now a legacy/ heritage act, with their best days long behind them. Others see and hear them only as the official tribute with one remaining classic-era member, guitarist/ vocalist Andy Scott.

Bearing all that in mind, the gig in Glasgow at The Garage, part of Sweet's winter 2021 tour, was approached with some trepidation, compounded by the fact Limehouse Lizzy, the highly popular (and best) Thin Lizzy tribute out there, had withdrawn from the tour a few gigs back, due to Covid infections.

There was some good replacement news however in the form of dark blues rock performer Troy Redfern, who
stepped in at short notice, sans band, to deliver a short but impressive solo set that was angsty and spirited in performance. 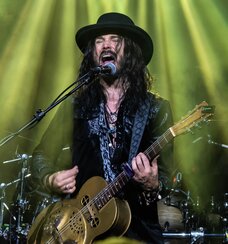 Redfern’s set-up was exclusively vocals and a distorted slide guitar with the use of a looper pedal for solo sections, but it still helped sell his wares (anyone not familiar with him should check out recent and excellent studio album …The Fire Cosmic!, which garnered Feature Review status at FabricationsHQ).

​The one criticism – not of Troy Redfern’s own making – was having to battle (admirably) through a pretty poor mix where the vocals were buried.
Redfern did however have the master-stroke of playing to the gallery and finishing with a cover of the glamtastic '20th Century Boy,' complete with audience participation.

​Any aforementioned trepidation disappeared the moment the five-piece Sweet came on stage to a rapturous reception from the more, shall we say, mature audience (there was a smattering of born post-70s attendees however) and the triple salvo opening of 'Action,' their cover of 'New York Groove' and 'Hellraiser.'
All three were delivered with some ferocity, solid five-part harmonies and great individual performances, with special nod to singer Paul Manzi (great range and a perfect fit for the material) and drummer Bruce Bisland.
The latter, an archetypal powerhouse drummer (he doesn’t do subtle), has been with Mr Sweet himself, Andy Scott, for nigh on thirty years.

Talking of the guitarist, just before launching into fan favourite 'The Six Teens' Andy Scott seemed genuinely grateful for the reception and the fact such support means he can still be out doing what he loves all these years later (Scott is last man standing from the classic Sweet line-up, Brian Connolly, Mick Tucker and Steve Priest having all since passed – the paean to youth of 'The Six Teens' therefore took on a certain poignancy). 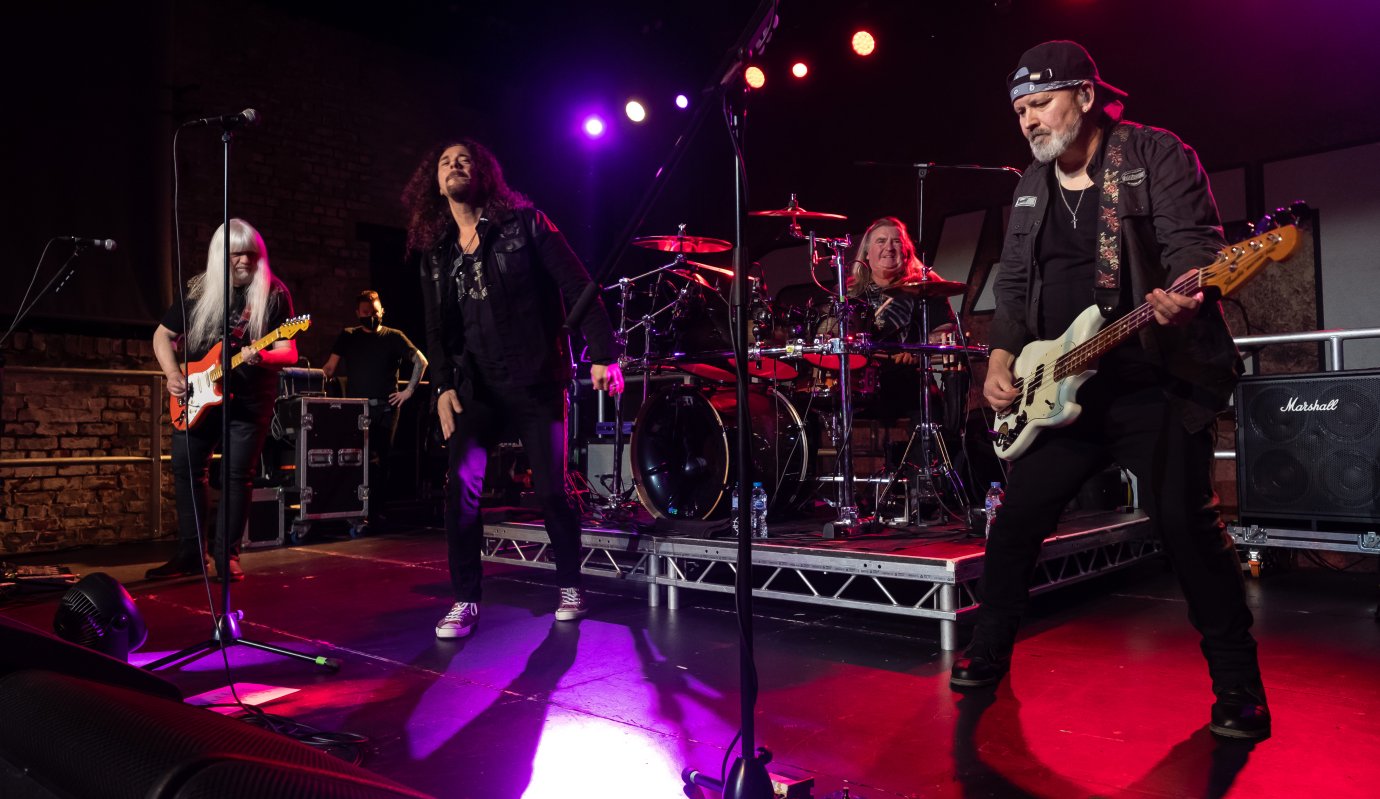 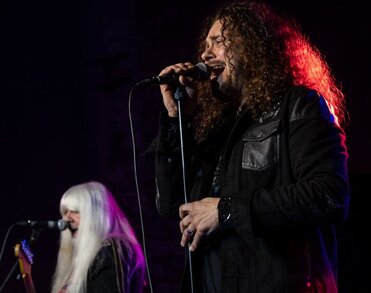 'The Six Teens' was followed by first, the melodic rock of 2015 single 'Defender' then a blast from classic album past in the shape of long-form number 'Windy City' from 1977's Off The Record, a Sabbath-esque riff-fest meets Sweet chorus harmonies monster of a song.

A barn-storming version of 'Set Me Free' (complete with a can of beans used as a bottle-neck by Andy Scott) provided further proof that this particular line-up is a band of pros, all with great vocal abilities (it also reminds that bands such as Queen were heavily influenced by early 70s Sweet and their vocal harmonies).

Re-recorded power ballad and latest single 'Everything' (originally from 2002’s Sweetlife) was up next before the segued versions of 'Wig Wam Bam' and 'Little Willy' from the ChiniChap era played to those who were clearly only aware of the singles from back in the day.

The business end of the show included a crowd-pleasing version of ‘Love is Like Oxygen (which included an instrumental section where the band reference ELP’s cover of Aaron Copeland’s 'Fanfare for the Common Man'), but the knockout punch was delivered by way of  heavied-up versions of 'Fox on the Run,' 'Blockbuster' and an inevitable encore of 'Ballroom Blitz.'

Vocally the Sweet are extremely impressive, Paul Manzi is a great front man and the much-loved Andy Scott has a guitar sound to die for.
As a live act these guys are the real deal; they give the audience what they want and they do it very, very well.

Sure, there are elements of nostalgia and panto-rock, but isn’t music supposed to be about enjoying yourself? There will be some in the audience at The Garage who were transported back to school discos while others just enjoyed a professional band putting on a great show.