Writing the Wrongs of a Year We’d All Rather Forget
2020 in Review and the FabricationsHQ Roll of Honour
​2020 is a year we will all be glad to see the back of, albeit while there is vaccinated light at the end of the Covid-19 tunnel the first third, if not a lot longer, of 2021 isn’t going to seem much different.
Add in a Kingdom one side of the Atlantic (with a now decisive and yet assuredly divisive Brexit Agreement) and a set of States on the other, both of which are as far from United as it’s politically possible to be, and you have the recipe for a 2021 that, in the early going at least, is going to be as unpalatable 2020 was.

But in a year where many have suffered from worry of work/ income to isolation and mental health concerns, music continues to be a great unifier and even healer.
And that's in a year where live performances became all but non-existent after February 2020, other than the numerous Social Media ways many artists and bands found to deliver Lockdown Live gigs (to help reclaim some lost live revenue) in front of not much more than an audio technician and a camera or two.

There were far too many excellent Lockdown gigs in 2020 to list them all here but special mention for pay-to-view or later officially released lockdown live product from Samantha Martin & Delta Sugar, King King, Catfish and Erja Lyytinen…
​2020 also seems to have delivered more music than any other recent year, although that could be simply what it feels (or indeed ‘sounds’) like in a predominately isolated, pandemic ridden world – or a genuine musical increase in defiance to, and in the face of, such a virulent ten months and more.

Either way FabricationsHQ had never found itself busier, which, perversely, became part of the 2020 problem.
Other priorities took precedence in such worrying and indeed tragic times including the loss of an elderly parent, a good friend and a number of acquaintances to Covid-19.
The more poignant perspective and bigger pandemic picture however is I’m simply one of millions to suffer such sad losses.

Music review, band promotion and artist support therefore became a great help, but also a great problem, in terms of trying to cover everything that came FabricationsHQ’s way; the end result was a compromise of having to promotionally pick and musically choose, something that has now become a necessary and guiding principle of FabricationsHQ.

Outside of the juggernauts of music news coverage, such as Rolling Stone, the above consideration is no different to many of the music sites and review blogs out there, but in FabricationsHQ’s case it’s a two-fold necessity.

First, while FabricationsHQ is undeniably a rock orientated site, I’ve always prided myself in FabricationsHQ’s eclectic, genre spanning approach and musical nous.
Classic & contemporary rock, blues, blues-rock, Celtic/trad.folk, progressive rock/metal, melodic pop/rock, roots/country, World Music, instrumental, singer-songwriter and jazz-rock/ fusion have all been and will continue to be covered but such a wide spanning remit means as many albums, EPs and interview opportunities will be politely declined as taken on or promoted – hence it becomes more about who and what we feel deserves and/ or needs the exposure as opposed to those who don’t need to be featured on every music magazine or website every News Day of the week.

Secondly, there’s been an increased demand on my services over the last couple of years, which I take as the highest compliment.
Artists and/ or their management are approaching me direct for Press Sheets, various bits of wordery, pre-release listens-on-trust, off-the-record chats and album liner notes, the latter of which underlines and reinforces the width and scope of FabricationsHQ’s well-written and well considered commentaries and musical knowledge (Modesty? Never met the word).
Commissioned or requested CD liner notes delivered thus far for artists have included trad. Scottish folk, classic rock, blues and instrumental fusion, with more to follow.

Returning to the sadder side of 2020, we lost an inordinate amount of artists and musicians who made a significant contribution and/ or impact in the annals of rock and roll and the wider musical picture, from jazz to country, including Neil Peart, Lyle Mays, Bill Withers, Kenny Rogers, Steve Priest, UFO greats Paul Chapman & Pete Way, producers Martin Birch & Keith Olsen, Julie Felix, classic Uriah Heep alumni Lee Kerslake & Ken Hensley, Spencer Davis and Leslie West, to name but fourteen of a near 170 greats.

While many losses were down to being of an age, carrying a long illness or having "lived the life," it didn’t make the passing of the likes of Eddie Van Halen any easier, although Ed’s old mate did his Diamond Dave damnedest to put a reminiscing smile on proceedings… 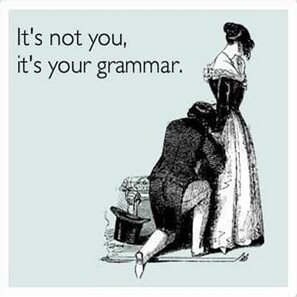 ​From a personal and ‘Muirsical’ point of view, with plenty of time to think about it in a not-travelling-far and lockdown ridden 2020, I seriously considered stepping back from the music writing/ support side of life – not through any lack of enjoyment of what I was doing (far from it) but due to sheer workload (as mentioned earlier) and, disappointingly, the lack of intelligence or craft that has been manifesting itself over the last few anybody-can-be-anything-on-the-Internet years.

Not, of course, the aforementioned Rolling Stone or the myriad of professional and amateur on-line publications that are well-written and highly knowledgeable about their music, but the not-insignificant number that have writers (I use the word "writers" in its loosest sense) that wax in the most unlyrical of grammatically atrocious terms.

One promotional associate, who has a background in teaching and English, upon reading one such epistle, confirmed that "if it had been written by a 10 year old I was teaching it would have been returned with red line overmarks and the request for it to be done again."
Similarly, an artist of no small song writing calibre admitted that while delighted to be able to pull out a great quote from an album review for promotional purposes, said review "read so badly I thought it had been written in another language, perhaps Dutch, then had an iffy Google translation into English" (it hadn’t).

These self-same reviewers take on every and all comers, writing ‘em up as fast as they get them (and it shows) in an attempt to be in with the in crowd of bigger named PR teams, artists, labels and agencies.

The results are badly written, must be first out the gate reviews (sometimes within hours of receiving review copy), many of which are guaranteed to use the word "awesome" and rate said review as 10/10 or given five stars, while buying into the hype and media saturation of a product that is, on many occasions, a decent or good but not great (and certainly not awesome) offering.

The related King's New Clothes scenario is an artist or band that can raise their profile not on musical content or quality, but on how much money they have available for PR and Media, aligned with the 21st century musical truism "it’s not what you know but who you know."

In interview mode, those same reviewers/ sites tend to talk more about themselves or their company and talk up the artist rather than proffering insightful, interesting or challenging questions (many times these interviews are unedited, low-view YouTube uploads, which only succeed in putting themselves forward for an Amateur (half) Hour or Mutual Back-Slapping award.

In other shoddy journalism words, there is no critical review or insightful interview, just glowing fan-boy or fan-girl appraisals and buddy chat, respectively.

And, yes, all the above is, as some may have gathered, as much a 'write' to reply as it is an observation.

Some artists and albums thoroughly deserve such glowing reviews of course, and many have featured on FabricationsHQ, with specific choices listed below in FabricationsHQ’s Roll of 2020 Honour (plus a couple of Dishonourable awards – FabricationsHQ has always carried a healthy dose of humour and a soupçon of cynicism).
One such honourable nod goes to the seemingly ageless Blue Öyster Cult, who got their mojo, or rather their Symbol, back with their first studio album in nineteen years...
FabricationsHQ has always, first and foremost, delivered well-rounded and well-written critical appraisals that accentuate the positive.
Such critiques tend to fly in the face of what some PR and promotional teams want to see or read, but in a twist of respected acknowledgement, they tend to be the very reviews a band or management will take, use and appreciate.
On a number of occasions through 2020 a band, label or management has acknowledged and thanked FabricationsHQ for those reviews while the PR or publicity gurus completely ignored them (a personal favourite was from a band manager who wrote "I’d rather have one well-written critical appraisal than ten overly gushing, badly written ones").

And that’s why FabricationsHQ will continue; to write the wrongs of others and ensure the most deserving bands & artists, from the unsigned to the household name, get the well-written, well-informed, critically appraised exposure.

Wishing all a peaceful, good and safe New Year and see you at a gig again sometime in the (hopefully near) future – once we are all vaccinated up the wazoo.

Special thanks to Nelson McFarlane & Adam Norsworthy for their valuable review contributions.
And to Mary Stevenson Muir (1930-2020) – thanks for everything, mum.