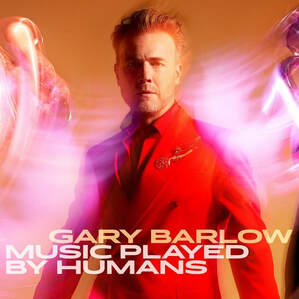 It would seem strange for uber-popster and Take That main man Gary Barlow to wait nine months before releasing his first solo album in seven years (the sessions for Music Played By Humans were completed just two weeks before the UK Lockdown implemented in March).
​
Held back to add some finishing touches and a few bonus tracks, see how the Covid wind blows and then launch just before Christmas for maximum publicity, advertising / TV opportunities and profit? Perish the thought.

Either way Music Played By Humans is a Crimble album in all but name (even the cover is a red suited and shiny affair that’s only missing a reindeer and a mince pie).
Which would be fine and Santa dandy if not for a couple of problems…

One, it’s a bloated "look at me with a big band" ego trip for Gary Barlow intertwined with, Two, a musical and mutual back-slapping fraternity of guest performers and multi-millionaire pals including Michael Bublé, James Corden and, natch, Barry Manilow (playing piano in one of the aforementioned Bonus Tracks).

An incredibly expensive album to make and record, Music Played By Humans features an 80 piece orchestra and a choir (hence the album’s "nod & a wink" title), a jazz quartet, a Latin ensemble, nine celebrity or musical guests and the best session musicians money can buy.

The reality however is the amalgam of all the above, along with his showbiz buddies means it’s just that – a showbiz album of musical theatre.
All glowing stage lights and little substance, Music Played By Humans is aimed at the lowest common denominator for highest gain via a multitude of options including Deluxe Hardback Book CD Edition, Red Vinyl and even an exclusive "Signed Christmas Card & Red Glitter Cassette" edition (told you it was a Xmas album).

It’s a "let’s all have a good time!" glitterball gambit that, outside of Gary Barlow’s huge fan base and the mates he’s having that good time with, fails miserably.

​Take lead-off single 'Elita' for example.
A throwaway, synthetic salsa/ Latin-pop pastiche (featuring Michael Bublé and Colombian star Sebastián Yatra), the lovely "Elita" might well be based on a Latin dancer of that name Gary Barlow once saw in Rio de Janeiro, but is only so named here so she rhymes with "señorita." Painful. 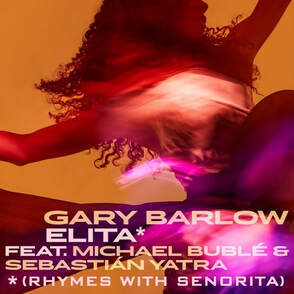 And that raises the subject of the crime of the rhyme.

On big band/ swing numbers such as 'Who’s Driving This Thing' and 'Incredible,' Gary Barlow delivers lyrically laughable, tongue-twisting, totally un-scan-able couplets, lines and rhymes ("just when you panic this thing is not aerodynamic…" is a personal favourite).

Fair to say the lyrical legacies of Porter, Cahn, Berlin et al have nothing to worry about – it’s also a Major Fail in terms of lyrical nous and how to scan, phrase and vocally shape.

Even in Gary Barlow’s more natural comfort zone of the love song, the piano and orchestrated balladeering of 'This is My Time' comes across, musically and vocally, more Animated Disney Movie than Great American Songbook.

Other smorgasbords of true awfulness include 'Bad Libran' (an overly theatrical number straight out of a musical only Elaine Paige could love) and the more contemporary 'Supernatural' (a "Do-be-do pow wow, boombidy bang bang!" scat disaster).
​
The cringiest moment of the entire album however is Gary Barlow’s duet with James Corden on buddy song 'The Kind of Friend I Need,' complete with wholly predictable, good natured (oh, what fun) "ad-lib" jibes.
Morecambe & Wise you aren’t, guys.

​In 2012 Gary Barlow invested millions of pounds into "music industry investment schemes," later ruled to be set up for the specific purposes of tax avoidance.
(2012, somewhat ironically, was also the year he would be honoured with an OBE for services to entertainment and charity).

Now, thanks to the 2020 pandemic, the music industry genuinely does need heavy investment, certainly at a grass roots/club and theatre level.

That being the case you’d hope that, to help redress the tax swerving balance, Gary Barlow would put his hand in his estimated £80M net worth pocket to assist a music scene that helped him get discovered (he was playing the northern club circuit at 15 before being talent spotted).
Now that would be boombidy bang bang!, Gary.

However, such negative commentary and ridicule aside, you can guarantee this overblown ego-fest will get heavy rotation on BBC Radio 2 as well as a fair few appearances for Gary Barlow on various TV programmes such as The Graham Norton Show, Strictly Come Dancing and The One Show, where the fake snow will fall like the last vestiges of Mr Barlow’s self-respect.
​
But he’ll be up another couple of million quid by then (tax now included), so the joke’s actually on us.
Ho Ho Ho.