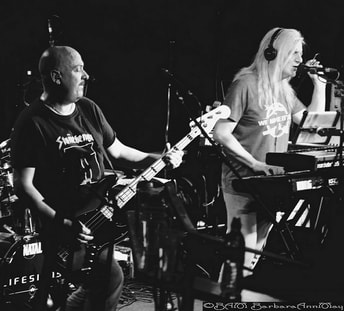 In September Lifesigns undertook their third trip north of the border in as many years, this time encompassing a three gig trip to Edinburgh (Bannermans), Glasgow (Ivory Blacks) and Kinross (Backstage) as part of their Autumn UK dates.

While the positive report is (life)signs of improvement were spotted in terms of attendance (numbers slightly up in Edinburgh; Glasgow bettering the capital but falling foul to three other rock based gigs in close proximity and a major football match on the same night; Kinross winning out with a healthy sized audience), it’s still not enough on this side of Hadrian’s Wall to reflect the calibre of this band’s compositions or performances.

In short, if you have even a passing interest in modern, melodically framed progressive rock, you really need to hear and see this band.

Nor is it a surprise that, some six years on, debut album material still forms part of the live repertoire, including album and usual set opener 'Lighthouse' (a progmospheric piece with driving bass lines and melodic passages) and 'End of the World,' which build from a melancholic and poignant beginning to a melodically rocking, hook-laden crescendo of a finish.

Follow-up, 2017’s Cardington, is an even stronger offering; every song from that album features in the band’s live set as they perform around the UK and Europe (and notable festivals/ events including Cruise to the Edge) to increasingly appreciative audiences.
The current and now established Cardington line-up of John Young, Frosty Beedle, bassist and backing vocalist Jon Poole (who joined shortly after the debut album) and guitarist Dave Bainbridge has been settled for a couple of years now, and it certainly showed on their Scottish gig travels and tightly woven performances.

Nor are they only tight in a performance sense; this a band of friends in every way as can be seen by the constant on stage smiles – a genuine Mutual (and Musical) Appreciation Society with absolutely no pretence. 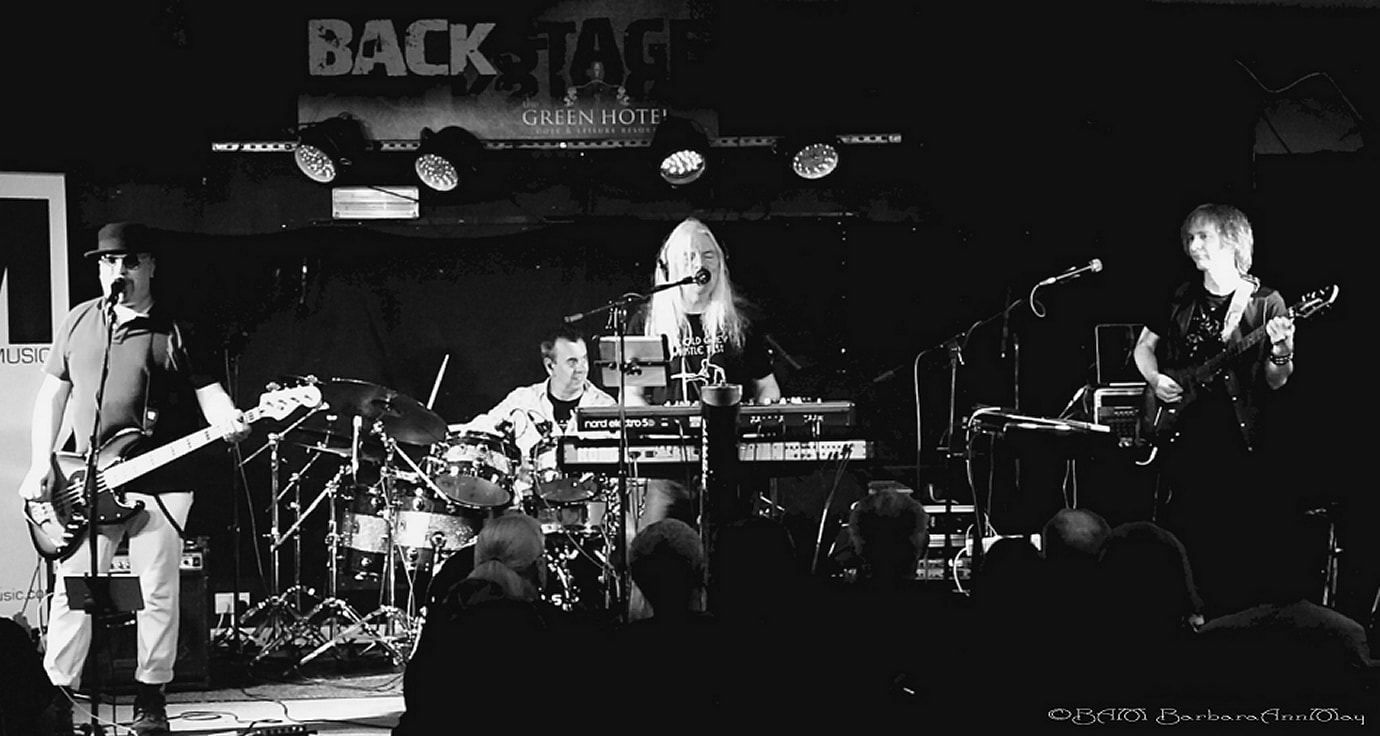 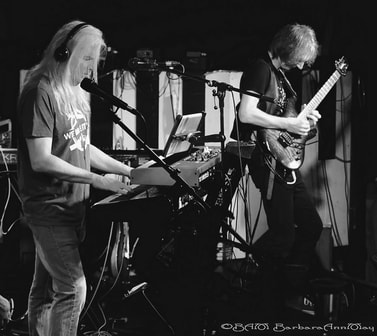 ​​Across all three gigs a quartet of Cardington songs were particularly impressive – the atmospheric and plaintive 'Voice in my Head,' the rockier 'Chasing Rainbows' (lyrically a clever dig at trying to make it in music or obtaining what seems to be always just out of reach), the emotive and slightly edgy 'Different' (carrying a beautifully conceived lyric on how those that are “different” can be misunderstood or judged unfairly) and the airy pop-craft of 'Impossible.'

The latter number may well be released as a re-mixed single next spring in an attempt to garner the band mainstream radio play; given its melodically poppin' appeal (echoes of XTC, quirky vibe and ear-worm hook) it’s certainly in with a chance.

'Impossible' is also a perfect example of John Young’s all-encompassing musical mission statement.
While no-one is denying the progressive nature of the band, John Young and Lifesigns are made up of many musical elements including classical (uplifting chord structures, major keys), melodic rock, jazz and pop.
It’s a why do we even need to be labelled? approach that’s reinforced by the Destroy All Genres sticker that sits proudly on Jon Poole’s four-string weapon of choice.

That the ever-enthusiastic and stage bounding Jon Poole also provides intricate and Squire-ish bass lines (and some seriously punky low-end as a given song requires) tells you that, along with Frosty Beedle’s rock solid drum work and passages of big drum sequence panache (he also adds great harmony, backing and counter-point vocals) the Lifesigns rhythm section is in very safe hands and feet.

Dave Bainbridge, for his part, has grown into his role as the band’s guitarist and, live, second keyboardist.
Some of his solo work across all three shows was simply sumptuous and his guitar play is now an integral part of the Lifesigns sound.

While Frosty Beedle is the featured raconteur of the band, the aforementioned Mr Bainbridge is not without his dry humour – at Kinross (the last gig of the tour) he extended his introduction to the eleven minute Cardington number 'N' (a shimmering and slightly jazzy affair with punchy, rhythmic outbursts) to close to the same length as the song.
More WTF? than funny, his "we’re doing a follow up called 'O' on the next album... want to hear my thoughts on that?" led to the biggest shout of No! (or words to that negative effect) you’ll ever hear at any show.

'N' was a highlight of all three shows as was 'Cardington,' a beautifully scored melodic rise and pop-gressive fall of a number based on the Cardington Sheds and the airship age that never came.

Other songs of note included the weighty, processional instrumental 'Kings,' the punchy rhythm of 'Open Skies' (both earlier John Young Band staples) and encore number, the highly emotive 'Last One Home,' originally performed by the short-lived Qango (John Young, John Wetton, Carl Palmer, Dave Kilminster).
​
So moving is the sea swelling ballad, and so well performed by Lifesigns, that it’s set to be featured on the band’s next album.

Such is Steve Rispin’s ability to pull out the best audio from even the most un-acoustic of venues (take a low vaulted ceiling bow, Bannermans), the band would not sound the same without him, to the degree that they only tour or record when the in demand Mr Rispin is available.

Three great gigs by a great band who have no qualms about coming across the border on multiple occasions to help spread their melodically framed, prog-themed word as they strive to slowly but assuredly reach a far wider audience; one that deserves to ripple out well beyond the prog shores.