A Personal Journey - the eBook by Ross Muir

In June 2006, shortly after Journey's successful UK and European shows but before their Special Guests slot with Def Leppard in the United States, posts appeared on Internet blog and news sites accusing the band of lip-syncing lead vocalist Steve Augeri's performances.
The accusations related to the Generations Tour of 2005 and the 2006 UK and European performances, although such vocal deceptions allegedly started a couple of years prior when pre-recorded vocal feeds were used more sporadically.

After the initial accusation many others, including people who had worked for the band, corroborated the story and confirmed the main source for the synced vocal tracks as the isolated lead vocal from the Las Vegas recording of December 2000 (which itself had been Pro-Tooled before that show was released as a DVD in 2001).

Immediately after the story broke the band started the Def Leppard tour with a vocally poor Steve Augeri.
The performances were so bad that he was dropped from the tour after only a few dates due to a "chronic throat infection."
Augeri was replaced by Jeff Scott Soto who was himself later dropped and eventually replaced by Arnel Pineda.

Ross Muir had been a fan of the band since the late '70s but had no real interest in the group since their reinvention and change of personnel in 1998.
But the story was far too interesting to ignore, especially if found to be true.
And the timing was fortuitous...

"I was writing 'A Personal Journey' at that exact time (a bandography eBook) and the meat of the article became "Syncgate" and the facts of the matter.
By using evidence already presented, adding further comment and referring to audio and visual proof, the alleged deceit was explained; that particular episode of the band's career, along with other issues raised in 'A Personal Journey' have since been confirmed by others who had been associated with the band, staff or management.
However the post-Syncgate path that the Journey led to became even more of a story and the eBook was updated with a series of Addendums to chart that continuing Journey, including the band's 2008 resurgence.
The Definitive Edition of 'A Personal Journey,' which can be downloaded freely from this site, includes insight into the stories behind the stories.
So, as it turned out, there was more to add to my "Personal Journey" post-2006 than I would have previously thought possible - much like the band's own Journey..."

A Personal Journey ©2006-2009 Ross Muir. All rights reserved.
No portion may be reprinted without express permission of the copyright holder. 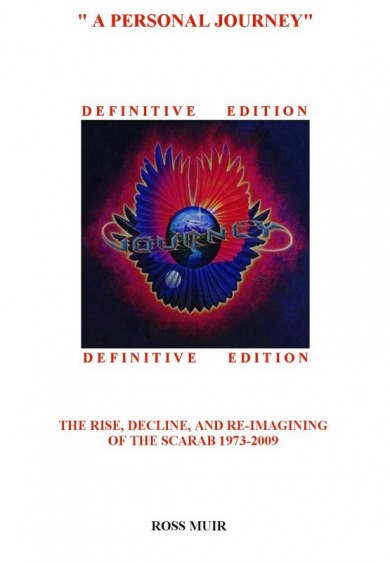