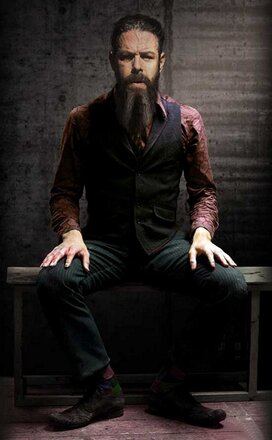 On Songs For The Apocalypse American singer-songwriter-guitarist Jason Bieler has stretched his wide musical boundaries even further, as confirmed by Bieler’s comment that the album "should sound something like if Neurosis got stuck in a blizzard at a Wawa with Supertramp, then Jellyfish showed up and they all decided to do Barry Manilow covers in the style of Meshuggah, but in waltz time with slight country underpinnings…"

That’s not as far of the mark as you might think, because Songs For The Apocalypse (released under the moniker Jason Bieler and The Baron Von Bielski Orchestra) is a highly individualistic, creative and multi-faceted rock album.

More recent years have seen him deliver a musically diverse and consistently strong set of some sixteen digitally available studio EPs, setting up the creative path to Songs For The Apocalypse.

Following the album’s release Jason Bieler took some questions from Nelson McFarlane of FabricationsHQ in regard to the album and the musical road that led to it.

FHQ: Congratulations on Songs For The Apocalypse; the album has a huge sound, is multi-layered and has real attention to detail. Can you give us an idea of the writing and recording process?

JB: Thank you. I sold a big studio and now have all the equipment here, around me, that I wanted.
I have everything I need and never need to leave the house! Basically, I wrote out the parts and sent out rough ideas to everyone that contributed with an idea of what I was looking for.
Everyone that contributed has their own studio so they sent me their parts back; everything else took place here, including mixing.

FHQ: That’s very impressive that everything was produced in your home studio.

JB: I should clarify that the recordings were sent out for mastering. Whilst I have been working with Sonarworks and have good monitoring, I needed to send it for mastering to ensure it was mixed correctly.

FHQ: How long did the whole process take?

FHQ: That seems quick, or are you usually so prolific?

JB: I normally do write pretty quickly but, also, because everyone was at home (due to the pandemic), they got back to me quickly, so I guess there was a positive aspect, aside from the tragedies.
But I do tend to write and record fairly quickly.

FHQ: Even allowing for that, it seems quick for such a complex album.

JB: Yeah, under normal circumstances when dealing with some musicians it can take a couple of years for them to get back to you!
I didn’t set out to make a complex album; it just kinda worked out that way. I guess as a musician you would like to think you are evolving to some degree.
I worked with drummer Jonathon Mover, who has worked with Frank Gambale and Joe Satriani, about eighteen months ago on some prog material; he got me into some stuff like King Crimson, Bill Bruford and early Genesis, which I hadn’t heard before!
For me Genesis was Phil Collins, so I guess some of that got into my psyche, but I can be influenced just as easily by Tom Waits as Jane’s Addiction.​
Everything doesn’t have to be linear and in 4/4 but everything I have been involved in isn’t understood by some people.
I grew up listening to everything from Barry Manilow to Meshuggah; I just want to hear good tunes with interesting ideas.
​FHQ: This album may be difficult to replicate in a live setting – whenever that happens…

JB: I am very conscious of being able to replicate the album live as much as possible.
It will be a challenge, but we will sort it. It’s likely to be a combination of getting some people in that can actually sing and some vocal doubling.

JB: Speaking to the agency they think it may be possible later in the year; they are looking at venue availability now. Hopefully also Europe as well as some festivals in Summer 2022

FHQ: Hopefully you can include Scotland in any European tour…

FHQ: Would you describe yourself as a singer, or guitarist, or songwriter?

JB: Just as a fan of music. I like being inspired by sound; that can come from anywhere.
I guess saying songwriter has that warm and fuzzy feeling but I just want to be around music and all that entails – I will move the amps, whatever is needed!
I have always got a buzz from music in the same way that some people do from maths, or painting, or whatever.

FHQ: So who are you listening to yourself?

JB: Jaga Jazzist, Opeth, Snarky Puppy. I like the freedom there is in music just now; there isn’t the pressure of getting the 'hit single.' Back in the 80s your singer had to have abs and hip-hop had to be about gang warfare, but people listen to a wider range now.
I am a fan of Spotify because as a music fan as I can listen to anything – I got into jazz over the last few years, and you can go down all these rabbit-holes. For example, no-one’s going to buy a Saigon Kick album, but they might hear it at a party or on radio and Spotify. The days of going down to Tower Records are long gone. A kid in Asia can hear my album on Spotify, and that’s a good thing.
The art of discovery is gone, it’s instantaneous.

FHQ: As mentioned this is a big sounding album with layered vocals – in fact what you are doing vocally with the rock backing is unique. How did that come about?

JB: I am friends with Jeff Scott Soto and anytime we do shows together I think "that guy is a singer."
I think I have a sound for my voice – for example no-one would describe Tom Waits or Perry Farrell as great singers, but they are brilliant in their own way.
I see my vocals as a part of the music that can be layered in the same way as guitars or keyboards can be; but if I could sing like Jeff though it would probably be just me!
Growing up listening to the Beatles, Fifth Dimension and Queen, those kinds of vocals are in my head – that’s what I hear.
I have a good sense of melody and when I stack the vocals, I am sometimes struck that the main line is actually the third or fifth in the chord, without consciously doing it.
In this day and age if you can be recognised as ‘that guy’ doing something different, then it’s all good! 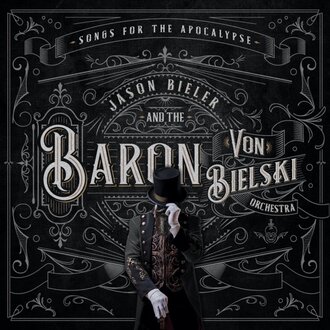 FHQ: Looking back, how did you arrive at this point?

JB: When I was eighteen, I played on someone’s demo and Jeff Scott Soto heard it.
At that time Jeff was singing in Yngwie Malmsteen’s band but after some LA rehearsals I received a call at my parent’s house about a tour in Sweden with Talisman.
At the same time Saigon Kick’s rep was increasing and venues grew to sell outs at 1500. We got a deal to record the first record when I was 20, and it sold 100,000 copies – which nowadays would be huge.
We toured with various bands including Ozzy, Faith No More and Soundgarden; the next album included the hit single Love is On the Way. The song exploded but it was at the wrong time; we were hair-metal and a ballad didn’t help!
The third Saigon Kick album included band disagreements – which never happens in bands [laughs] – and the singer left. The album did well in Asia but not so much in USA.
I then moved into music production and started a studio and a label. I then decided to write, record and release music – I released about one hundred and fifty songs via Bandcamp, which was just starting off.
I also did some acoustic gigs with Jeff Scott Soto, which included a comedy element.
I was then approached by Frontiers Records, and although I had initial concerns that I didn’t fit with their roster I was reassured. I now like the idea of having some deadlines!

FHQ: What do you feel about the album now it’s released and you are in the promo stage?

JB: I am aware that the album could be dismissed by some as by ‘a guy from a hair-metal band’ but I am cautiously optimistic.
The label publicists have done a great job and managed to get some people to pay a bit more attention – I am included in some prog and metal playlists and the responses have been really cool.
I am super appreciative of the fact people are talking about tours and that the album is getting great reviews. If everyone had said this album is a piece of shit and this guy should be killed, I would still record music.
I anticipated a 50/50 response but the response to the album has been great!
​
FHQ: Thanks for your time Jason and best of luck with the album.

​Songs For The Apocalypse is available on Frontiers Records S.R.L.
​
Click here for FabricationsHQ's Feature Review of the album.

Jason Bieler’s back catalogue of EPs are available on Bandcamp: https://jasonbieler.bandcamp.com/