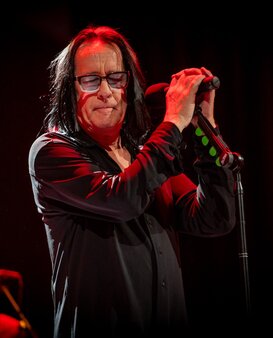 The show was part of a geo-targeted set of locales on Rundgren’s 25 date Clearly Human Virtual Tour of the US, where each show focussed on a specific city and demographic while being performed and broadcast from the same Chicago stage each night.

The show itself was focussed around Todd Rundgren’s Nearly Human album of 1989 (which Warner Music Group will be re-releasing on CD and coloured vinyl), which led to a successful ensemble tour in 1990.

"Pittsburgh" was the fifth date on the tour; the specific city scene was set pre-gig by the stage’s large screen slide show of famous areas and landmarks of Steel Town before Todd Rundgren’s interpretation of Christmas/ novelty song 'Flappie,' originally recorded by Dutch comedian Youp van ’t Hek, got an audio-test airing.

​Minutes later a spirited 'Real Man' kicked off the show before a segueing saxophone heralded in a soul-swing rendition of fan favourite 'Love of the Common Man.'

Todd Rundgren then introduced himself to Pittsburgh by recalling his walk-a-bout around the city and visit to his favourite sandwich shop, which he had clearly done in the touring past, just not in the actually in Chicago present (to further immerse themselves in the tour, catering for band and crew is based on favoured menus, meals and specialities from that particular evening’s targeted city) .

Such references, plus a selected zoom screen audience watching from their Pittsburgh homes and a very small number of live attendees (all under Covid-19 safety guidelines) helped give the impression of an actual tour show. 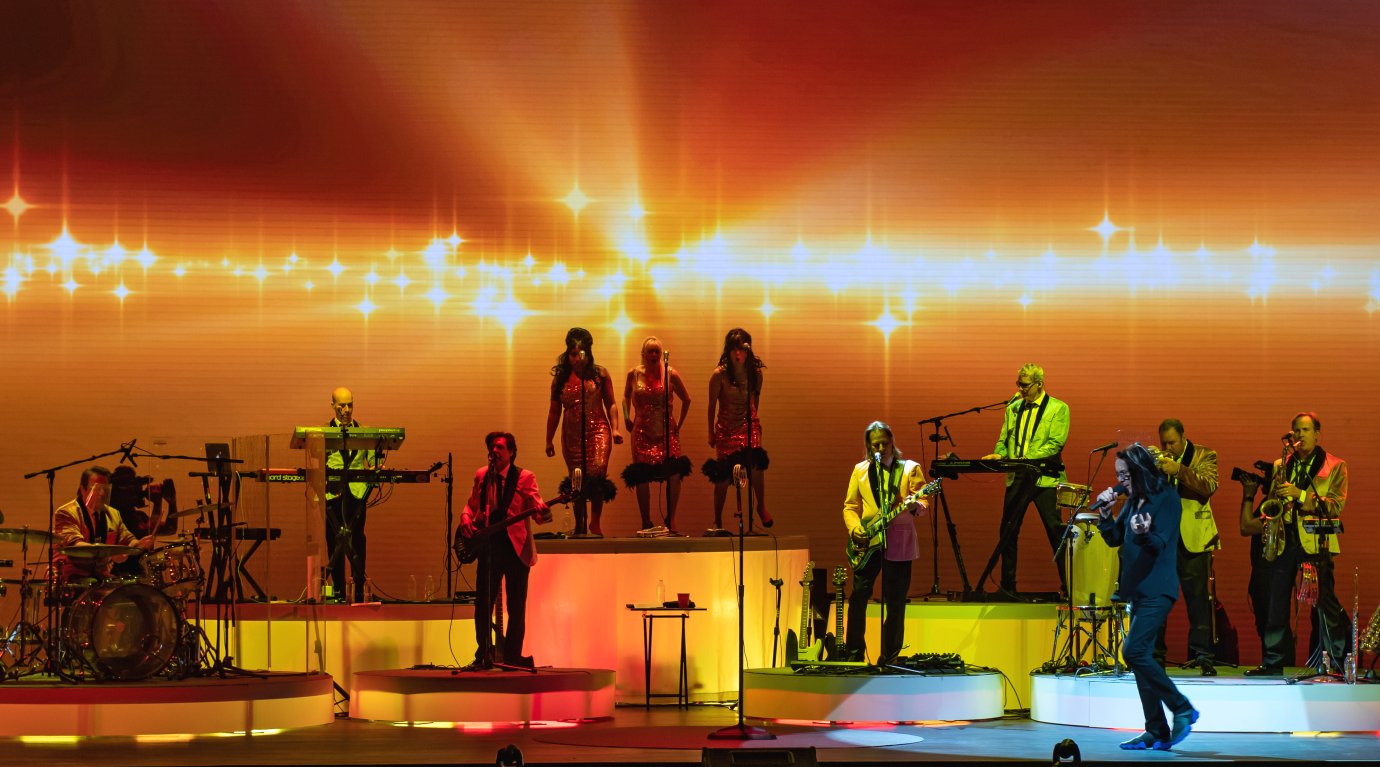 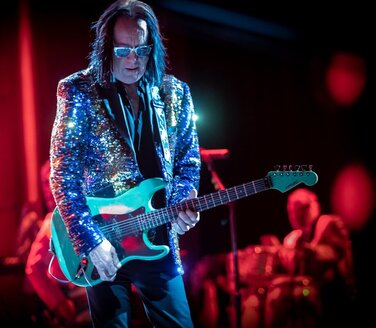 Soul-groove number 'Secret Society' gave Todd Rundgren a chance to get some axe action in before the song segued to the "doo-be doo-doo" fun of 'Something to Fall Back On,' Bobby Strickland & Steven Stanley vocally backing, finger clicking and swaying along with the sixties moves of the Global Girls (a highlight of the entire show was the on-point backing and harmony vocals).

The rock ante was upped further on Utopia’s 'Love in Action,' which sported its traditional full band "freeze" moment while TR deliberated when to shout the band back in for the finale (the song did however highlight the one downside to such virtual shows – if ever a song needed, nay demanded and thrived on, audience participation, it was this ‘un).

A beautifully delivered performance of 'Compassion' (one of TR’s best ever ballads) brought the tempo back down before 'I Can’t Stop Running' (featuring great drum and percussion work from Messrs Prince and Stanley and very tasty lead work from Bruce McDaniel) shifted the set up a gear once again (it also featured Rundgren’s strongest and best vocal performance of the night).

'The Waiting Game' kept the Nearly Human highlights a comin' as did 'The Smell of Money,' a highly theatrical number that, as Todd fans know, was, along with 'Parallel Lines,' part of the Up Against It Broadway musical that never actually made it to Broadway ("I'm a highly unsuccessful Broadway composer, but that hasn't stopped me from continuing to perform bits of it" confirmed a theatrically defeated but undaunted Rundgren).

'God Said' and some soulfully 'Sweet' rhythms were rare visits to TR’s 21st century catalogue (both lifted from 2004's Liars) but their weight and atmosphere were perfect fits for this Nearly Human revisited experience.
Following 'God Said' Rundgren & ensemble dropped back to 1991 for the funky alt-soul rock of 'Love Science' from 2nd Wind.

Todd Rundgren’s Marvin Gaye moment, 'Feel it,' resumed Nearly Human proceedings before the appearance of another 2nd Wind offering in the shape of 'Change Myself.'
The latter's multitude of backing vocals helped to create a well-arranged choral effect as was the case for the Rundgren classic 'Why Can’t We Still Be Friends,' its four-part "la la la" sequences adorned by ten voices.
'Lost Horizons' continued the soulful vibe before love was back in Utopian action via a purposeful 'Rock Love.' complete with synth call and guitar answer.

The soul-blues of 'Hawking' and the ridiculously infectious rock 'n' soul of 'For the Want of a Nail' brought the main set to close and a Pittsburgh punctuation sign-off from Rundgren ("Go Pirates! Go Steelers! Go Penguins!").

An encore of 'Hello It’s Me' and the extended gospel soul-blues of 'I Love My Life,' fronted and led by the now suitably robed Preacher Todd, brought the Pittsburgh proceedings to as spirited an end as it had started two hours and ten minutes earlier.

By keeping to a set list that pulled seventy-five percent of its songs from the original Nearly Human tour thirty-one years ago (but with a rearranged order weighted nicely for the listening experience as opposed to a higher energy "being there" event) Todd Rundgren and his excellent ten-piece ensemble brought the past to an on-line show for the pandemic present.

He may also have just pointed to the safe touring norm of the immediate future.

Either way, it’s a listening pleasure to see tours (albeit virtual and on-line) returning; a Clearly Human experience we’ve been too long without.
And thank Todd for that.

Tickets for the remaining Clearly Human Virtual Tour shows (listed below) can be purchased here:
toddrundgren.nocapshows.com