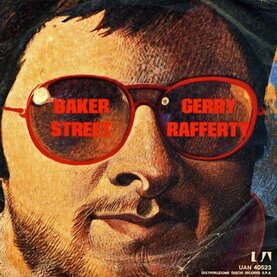 Baker Street, in entertainment terms, is famous for two things:
It produced the house where Sherlock Holmes lived and is associated with one of the most memorable saxophone lines of all-time.

It was singer songwriter Gerry Rafferty's finest five minutes and if that was his only musical legacy it would still place him above many of his contemporaries who have written, recorded and performed far more than Mr. Rafferty.

But it's not his only claim to fame.

Paisley born Gerry Rafferty was a member of The Mavericks and The Fifth Column before joining the folk-pop band The Humblebums, who also featured Billy Connolly, in 1969.

Billy Connolly would later recall he initially had serious reservations about Gerry Rafferty, simply because he felt this was a classic case of yet another hopeful saying he could sing and write songs.
But once Connolly heard Rafferty and realized he could indeed write a song or three, he immediately changed his tune – and tunes – to try and match the quality of his young Paisley 'Buddy.'

Billy Connolly also admitted that while Gerry Rafferty made him a better performer and writer he couldn’t help but notice as he got better so did Rafferty.
The difference in their respective levels as singer songwriters never lessened; it was clear Gerry Rafferty was destined for bigger things.

Gerry Rafferty released a critically well received solo album, Can I Have My Money Back, in 1971 before forming the folk-rock band Stealers Wheel in 1972 with friend Joe Egan (Egan and Rafferty had been school friends and played in the same 60s bands).

'Stuck in the Middle With You' became a huge hit in 1972 and to this day features on many a pop or rock radio station (it also featured in Quentin Tarantino’s 1992 movie Reservoir Dogs).

Stealers Wheel wasn’t a one-hit wonder however.
Although there were issues with Gerry Rafferty (who left at one point and had to be persuaded to return) the core duo of Egan and Rafferty released three albums including a very strong self-titled debut that, on the back of 'Stuck in the Middle With You' (a Top Ten single success in the UK and the US), made the Billboard Top 50.
Songs such as ‘Star’ from second album Songs From Ferguslie Park, is just one example of many tracks that compare favourably against the more famous ‘Stuck in the Middle with You.’

When Stealers Wheel disbanded in 1975 Gerry Rafferty struck out on his own to pursue a solo career.
His second solo album, City to City, was released in 1978 and is famous for being the album that contained 'Baker Street.'
But it's also a superb album and Rafferty's strongest work.

Extremely comfortable in the studio but as equally uncomfortable in live performance (something he did as little as possible and refused to tour America in promotion of the record), City to City defined Gerry Rafferty the recording artist – great production, strong arrangements and quality song content throughout.

Follow up Night Owl was another huge success and his trio of 80s albums Snakes and Ladders, Sleepwalking and North And South were further chart successes but as the musical times and decades changed so too did Gerry Rafferty's fortunes.

Diminishing musical returns was the story of the 1990s for Gerry Rafferty, although some critics cite his reluctance to tour as part of his downfall.
1992's On a Wing and a Prayer (with Joe Egan collaborating on some of the songs and contributing backing vocals) could only manage the lower reaches of the UK charts while Over My Head (1994) and Another World (2000) failed to chart. 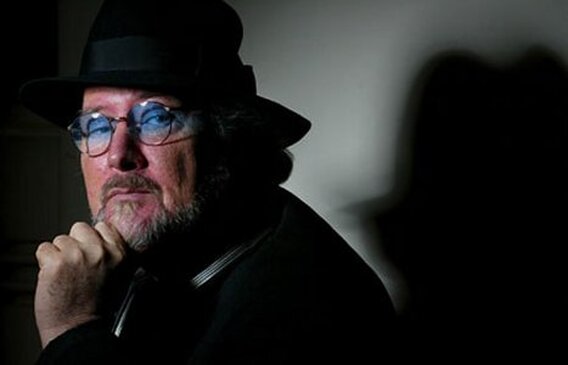 Gerry Rafferty. Perhaps the greatest ever Scottish songwriter but one that was
happier to stay in the shadows and let his music do the talking.

By 2008 Gerry Rafferty, who had been battling alcoholism for years (in reality since childhood with the problems of a drunk, sometimes violent father), was suffering from chronic liver problems due to heavy drinking. He continued to write and record however and in November 2009 released Life Goes On.

The album was a collection of songs from his three previous albums (most of them newly edited), three tracks previously only available via his website and three unreleased recordings.
Life Goes On was as good a Gerry Rafferty compilation as any that had covered his earlier, more well-known back catalogue, proving the best of his 90s and new Millennium material could match his 70s and 80s output.

Sadly, the title of the album title proved not to be the case.
On the 4th of January 2011, at the age of 63, Gerry Rafferty died of liver failure.

Gerry Rafferty’s close and longstanding friend, artist and playwright John Byrne, believed him to be the greatest songwriter Scotland ever produced.
And while Rafferty believed his lyrics to be fairly simple, Byrne and many others felt there was brilliance in his songwriting and that his lyrics were his strongest trait.

The finest example is surely ‘Whatever’s Written in Your Heart,’ the piano and vocals ballad from City to City.
“Whatever’s written in your heart, that’s all that matters...”
Beautiful in its simplicity. Simply beautiful in its sentiment.

The song was reprised by six of Gerry Rafferty’s family, including his daughter Martha, when they performed it unaccompanied at the Requiem Mass for Rafferty in Paisley a few weeks after his death.

But Gerry Rafferty was no one-trick love song pony when it came to his tunes or his lyrics.
Many of his songs were semi-autobiographical or expressed his disdain for the music business (‘Stuck in the Middle With You’ being a prime example of the latter).
He loved music but loathed the music industry.

But Gerry Rafferty wasn’t just an accomplished songwriter – his production talents and ear for arrangements were further musical strengths. And not just on his own material.
The Proclaimers, Charlie and Craig Reid, have often said that ‘Letter From America’ only became the massive hit it did because of Rafferty’s arrangement and production work and not because of any hit-potential the song may have had (the original album version was an acoustic take).

Life Goes On may seem to be an ironic and unfortunate title for the last album Gerry Rafferty would ever record and release.

But as a song (originally from his 1992 album On A Wing & A Prayer), in its vibrancy, big production values and quality, it’s the perfect musical epitaph to the life of Gerry Rafferty.

Because words can’t do justice to the Humblebum who became a multi-million seller.
Only his songs can. ​
Ross Muir
January 2011


Audio track is presented to accompany the article and in tribute to the memory of Gerry Rafferty.
No infringement of copyright is intended.