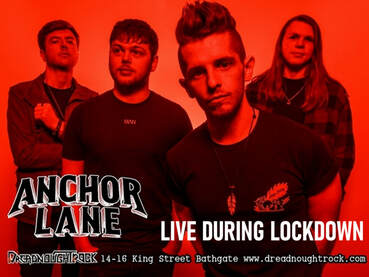 In October of 2019, through an album preview show, then at the top of 2020 with debut album Casino, Glasgow based rock-metal quartet Anchor Lane gambled all and rolled the dice for a shot at success by going rock and roll pro.

Given the critical acclaim for the album and a growing fan-base well beyond central Scotland's borders, it certainly seemed like a case of lucky sevens – but that was before we all bet on red just as a very black, pandemic ridden 2020 arrived to spoil the musical party.

Like many a band however Anchor Lane proved they were still alive (and kicking the bass drum with new recruit Graeme Newbury) by performing a lockdown set at the famous DreadnoughtRock in Bathgate, a venue the band have played before (their February 2020 gig at The ‘Nought was one of the last gigs before Covid came calling) and will again, health, safety and pandemic control willing, in October.

It was also an opportunity for Anchor Lane to re-promote Casino (and introduce the aforementioned Graeme Newbury) with a 50+ minute set that was as weighty and impressive as could be expected under the lack of live audience circumstances, via an excellent multi-video filmed broadcast (kudos to Graham "Gebs" Gebbie/ UK Live Metal) that helped bring the viewing audience to the front (and left and right) of the stage.

Rather than guitars up front as per usual mandatory rock-metal requirements, the drums were noticeably well up in the mix from the get-go – the advantage to that being you could hear the attack and on percussive point work of Graeme Newbury (who also provided occasional backing vocals), in tight and tidy rhythmic sync with bassist Matthew Quigley.

The bassist then provided the thick, four-string punch that drove following number, 'Flatline.'
Interestingly 'Flatline' was the one song that, while certainly not as flat as its title (credit to the band for giving it 100% when it would have been easy to dial in the show as a full set-dressed rehearsal) made the lack of audience all too obvious – the song’s full-throated "na, na-na na-na" audience sing-a-long sequences sounded strange live when delivered only by Messrs Gaffney & O’Brien (the latter’s 'In the Hall of The Mountain King' six-string nod was a nice song finale touch however). 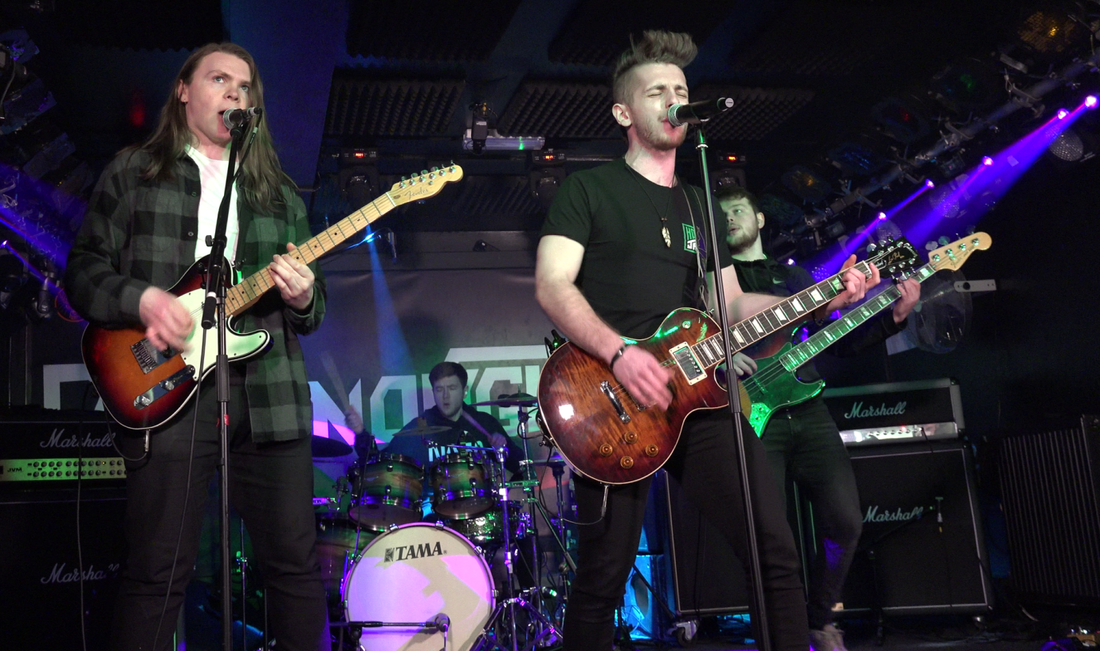 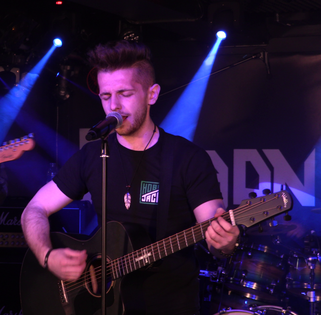 Matthew Quigley’s bass was also central to the bluesier rock metal of 'Deadline,' Anchor Lane’s most contemporary metal moment of the Casino album, before non-album track 'Found Out' made its punchy, pseudo funky presence felt.

Providing Casino contrast was the ballad 'Shell of Me,' a very different song for the band but one that’s a highlight of the album, and their live shows.

Featuring a personal Conor Gaffney lyric and more delicate, but still strong lead vocal from the young front man (here on acoustic guitar) the song was dedicated to "all those we have loved and lost"; all the more poignant and topical in these pandemic times.

Other Casino and set highlights included the melodically framed love song (of sorts) 'Voodoo' and the bass pumping, tub thumping raucous roll of Casino opener 'Blood & Irony.'
​
There was also set space the downtempo metal of 'Cruel World' (another non-album/ now bonus track) and the riff-tastic, mid-tempo bombast of 'Finished For Twelve.'
(On the latter, which can be found on the band’s inaugural New Beginning EP, Conor Gaffney cheekily left space for the crowd vocal call back toward song’s end).

The set closer was, perhaps inevitably, the rapid-fire punk powered 'Fame Shame,' featuring a blisteringly fast-fingered solo from Lawrence O’Brien.
The single that caught so much attention prior to the release of the album, 'Fame Shame' was the confident guarantee that a trip to the Casino might well pay off.

And on that very place your bets subject…
When (the new) normal circumstances resume for live music, roll the dice and put your money once more on Anchor Lane – they’re betting on, and deserving of, your support, as are all rely-on-ticket-sales club venues and live music generally.