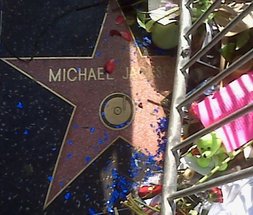 However a near two-year legal battle over who was responsible for Jackson's death on the 25th of June 2009 was concluded when, on the 7th of November 2011, a jury found Conrad Murray guilty of the charge against him.
Three weeks later Murray was given the maximum sentence of four years in prison.

But that was just the latest instalment of the Michael Jackson Story.

Michael Jackson was one of the greatest entertainers of the late 20th century and was responsible for some of the most successful pop and dance songs of any generation.
His album Thriller is the greatest selling album of all time.
He also created some unforgettable pop videos and dance routines while being, in terms of classic dance choreography, no Fred Astaire (who was clearly an influence).

Michael Jackson was this generations Elvis Presley. The adoration towards him during his career and the iconic status afforded him in death is of no surprise.

But that's only part of the Michael Jackson story.

The singer and entertainer was a troubled soul who had personal problems throughout his life, starting with childhood abuse at the hands of his father then mysteries surrounding just about every one of his later problems.
Genuine medical condition relating to the changes in physicality, or self inflicted?
Mental issues, or a tragically misunderstood individual?
Child-like in character, or child abuser?

The latter question links his genuine love for the company of children to the abuse accusations that were to the fore in 1993-94 then 2003-05.
He almost certainly slept with kids but actually slept with them, as part of sleepovers, for comfort and friendship.
But it took just one kid to admit to mummy and daddy he had slept with Michael Jackson and his parents couldn't get to the Lawyers Ka, Frigging & Ching quick enough.

Whether he actually was a paedophile is a debate that continues to this day.
There are incredibly impassioned views on both sides, from the "absolutely not" of his defenders to the "absolutely was" of his accusers.

What is interesting to note is shortly after those episodes and in later years he was pilloried by many Stateside – described as a "weirdo" or an alleged "kiddie-fiddler."
Yet after his death the US public (most, but certainly not all) expressed an incredible outpouring of grief and sympathy. Over 30 million people in the States alone watched the televised memorial service.

The aforementioned problems are more conjecture than concrete fact and there's also the report of serious financial debt in 2006, reportedly cleared by 2008.
The truth behind all such troubles will probably never be known.

Because that's yet another part of the Michael Jackson story.

Some seven weeks after his death his mother demanded another autopsy (there would be three in all) as she, like many, firmly believed he was intentionally killed.
Conrad Murray was initially put in the frame for potential Homicide.

Meanwhile, Columbia Pictures were buying the rights to the rehearsal footage filmed shortly before his death (for $60 Million), which was later made into a movie, followed by the DVD release.

Those rehearsals were in preparation for the '50' Tour that was due to take place in London, starting in July 2009.
Those shows were to be not only his "final curtain call," to quote Jackson, but would have been his first major concert events since 1997.
That's a lot of pressure to deliver and a lot of shows to perform, especially for someone over fifty years of age that hasn't done concert tour shows in 12 years.

That pressure led to the physical and mental strain that led to the prescribed medication that clearly became an addiction – Jackson died from cardiac arrest brought on by acute propofol (a surgical anaesthetic) intoxication in combination with two sedatives.

As regards the rehearsals it was no surprise the footage was purchased and made into the massively successful movie This Is It followed by a DVD release – the marketing potential and revenue from such was guaranteed to be record breaking (and was).
But what the footage shows is a tired and emaciated man not exactly at his best physically, but the hardcore fans (from the dedicated to the deluded), will never see, accept, or admit that, preferring to equate it to a tortured genius.

Some of his more obsessional followers went to see the film dozens of times and many defended the movie when it was later confirmed that parts of it contained vocal and music inserted from previously released material, as the rehearsal audio was either too poor or too muted to use.
Well, it would be, it was a rehearsal.
It was never meant to be heard or seen by the general public.

And, as the last live production Jackson was associated with, it should have been released freely on the Internet or perhaps with a small download fee attached (the proceeds could have gone directly to his Estate or family).
But that was never going to happen, especially when one considers the money it was clearly going to make. And in light of particular legal and financial issues between the artist, management and promoters...

In June 2009 concert promoter Allgood Entertainment sued Jackson for $40 million, claiming that the singer (through his manager) had agreed to a lucrative reunion concert with The Jackson 5 (and his sister Janet).
The alleged agreement prevented the singer from performing elsewhere before the reunion concert and for a period after it. Agreeing to the '50' shows was therefore an alleged breach of the contract.
Hence the big bucks in respect of the movie.

Columbia Pictures bought the rights to the rehearsal footage with reports stating that Jackson's estate would get 90% of the profits, while AEG Live would get the remaining 10% of the film's revenue.
The film grossed over $260 million worldwide (before DVD sales are even considered), making it the biggest selling documentary/ concert movie film of all time. 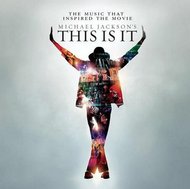 So, This Is It?
Hardly. The Michael Jackson Story is far from over...

Exactly a year after his demise it was confirmed that revenue since his death (from the This Is It movie, accompanying soundtrack CD, DVD's and other album sales) was in the region of one billion dollars, which also confirms what many of us knew would be a financial fact of life after the fanfare of his death:
Michael Jackson is worth more posthumously than he ever was alive.

As regards those financial facts?
In March 2010 Sony Music Entertainment agreed a $250 million deal with the Jackson estate to control the rights of Michael Jackson's recordings until 2017.
This deal also includes the rights to release seven posthumous albums in the decade after his death and up to ten albums in total.
The albums will presumably be a mix of previously released material newly presented and unreleased work.

All of which leads to the alternative verdict and an undeniable truth:
Michael Jackson, the King of Pop, is dead. Long live the Michael Jackson Story.
And the money to be made from it.