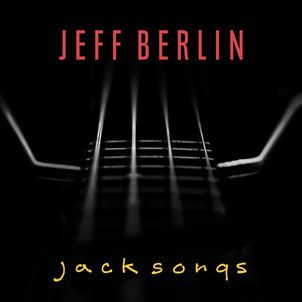 Late Scottish singer, bassist & songwriter Jack Bruce, a revered figure amongst the music community to this day, is best-known from his time in the "supergroup" Cream with Eric Clapton and Ginger Baker; the band were short-lived but they left behind a legacy that influenced a generation.

Esteemed American bassist Jeff Berlin ("one of the major players of our time" - Bass Musician magazine) was one of that generation; initially studying violin from 4 until 14 years of age, Berlin was then inspired to play bass guitar after seeing The Beatles.
Jack Bruce however, was Berlin's greatest bass influence as well as a personal friend; evidence of both is lovingly showcased on his latest album Jack Songs, a homage to the career of Jack Bruce and featuring a rich array of stellar, musical talent.

'Creamed,' which opens proceedings, features Ron Hemby on lead vocals (John Cowan provides vocals on the bridge) and a guitar solo from Alex Lifeson.
Jeff Berlin however is definitely the band leader; he references all of the best-known Cream songs with his distinctive bass tone to the fore and takes the first solo spot with a heavily effected bass (Berlin is also on keyboard duties for the vast majority of the songs).
The opening number should provide a satisfying trip through the Cream catalogue for aficionados.

The oft-covered 'Theme from an Imaginary Western’ (most notably by Mountain) first appeared on Jack Bruce’s debut solo album Songs for a Tailor.
This version (the beauty and structure of the song is discussed by Jeff Berlin here) is a respectful nod to the original and is all the better for it – Ron Hemby makes a decent fist of the challenging vocal part, while Eric Johnson delivers an impressive guitar solo.

'A Letter of Thanks' is a song which featured on Jack Bruce’s 1971 solo album Harmony Row.
Increasing the Scottish connection is Alex Ligertwood (of Santana fame), who provides lead vocals; Michael Whittaker contributes an impressive Hammond solo while Pat Bergeson also features on harmonica.
The jazz-inflections of this number are well-suited to Jeff Berlin’s playing and all concerned seem to be enjoying the opportunity to show off their chops.

'L’angelo Misterioso' is named after the pseudonym used by George Harrison for his work on the Cream song 'Badge,' which he co-wrote with Eric Clapton (Harrison used the same pseudonym when guesting on Jack Bruce's Songs For a Tailor album).
The song itself is a funky, horns backed number featuring Sammy Hagar on guest vocals; it also benefits from a trademark angular guitar solo from Scott Henderson on the 'Cream Jam' section.

'Rope Ladder to the Moon,' which also featured on Songs for a Tailor, is an unqualified success.
Ron "Bumblefoot" Thal contributes an off-the-wall jazz-tinged solo, the vocal by Alex Ligertwood is a triumph and Jeff Berlin keeps the bass pumping along with precision and impeccable tone.
(It’s telling that Berlin doesn’t dominate proceedings – this is an album inspired by the songs and not individual virtuosity).

'One Without a Word' is a lovely reflective (but slightly unsettling) song from Jack Bruce’s 1977 album How’s Tricks.
Ron Hemby’s lead vocal, with John Cowan once again providing bridge vocals, do the number justice while Bill Frisell provides some trademark guitar melody soundscapes. Another success.

'Smiles Story and Morning Grins' seems to have used 'Smiles and Grins' from Jack Bruce’s Harmony Row album as inspiration but developed as a number that showcases a veritable Who’s Who in the current bass world, with a "bass relay" section toward song's end.
The bass baton is passed from Tony Levin (Chapman Stick) to Billy Sheehan to Michael League to Mark King to Ron Carter to Marcus Miller to Nathan East to Geddy Lee.
A fascinating listen to the differing styles of these great players in their cameos.

'Folk Song' (also from Harmony Row) is a lovely downtempo number which Alex Ligertwood interprets in a respectful and skilful manner. Jeff Berlin doesn’t overplay, but there are flashes of his brilliance via a perfectly executed arpeggio, which adds to this understated number.
Berlin’s melodic solo, complemented by Mariano Agustoni’s piano, is an album highlight (Jack Bruce certainly had a way with chord structures).

'Traintime Time' is a reworked version of the blues shuffle that featured as one of the live tracks on Cream's Wheels of Fire album. Here the song has been converted to a jazz fusion style number (featuring keyboards and Ron Thal & Johnny Hiland on guitar), making for familiar and seriously impressive fast-fingered territory for Jeff Berlin.

'Fuimus (We Have Been)' is Jeff Berlin’s compositional tribute to Jack Bruce.
Although the sentiments of the piano, bass and vocal song are admirable, Berlin’s lead vocal doesn’t quite match his bass playing.
But Jeff Berlin is one of a kind, and you can just about forgive the vocal to hear Berlin on a fretless bass again (what a bass tone he has).