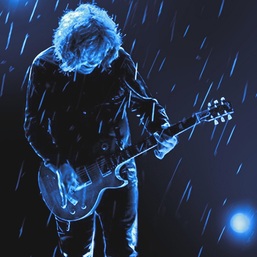 In early January 2011 many rock fans, musicians and music reviewers around the world were reflecting on the music and life of Phil Lynott, 25 years after his death.

One month later, many rock fans, musicians and music reviewers around the world were reflecting on the music and life of Gary Moore, after his sudden and unexpected passing while on holiday in Spain.

Lynott and Moore's deaths may have been 25 years apart, but their early musical lives were somewhat intertwined and their performing paths crossed a number of times...

In 1968, at the age of only 16, Belfast born Moore moved to Dublin and became guitarist with Skid Row, a band that included Phil Lynott as their lead vocalist.
Lynott was let go within a year however but the group, featuring Brendan "Brush" Shiels (lead vocals, bass) and Noel Bridgeman (drums) continued as a three piece.

Skid Row went on to release two albums, in 1970 and 1971.
Although the debut album was fairly successful their brand of progressive blues rock was never going to set the music world alight.
But the albums certainly put Gary Moore – still in his late teens – on the map and hinted of greater things to come.

After Skid Row the guitarist recorded and released his first solo album, Grinding Stone, in 1973.
Moore would later dismiss the album (there is certainly some self-indulgence and overly long instrumental pieces on display) but it showcases a guitarist starting to stretch and developing his singing and song writing skills.

In January 1974 Moore reunited with Phil Lynott when the guitarist joined Thin Lizzy (replacing Eric Bell, who left the band at the end of 1973).
That first Lizzy stint lasted only four months but did produce three songs including 'Still in Love With You' (destined to become a Lizzy classic), which appeared on the Nightlife album.
That album was the first to feature what would become the classic Lizzy line-up of Lynott, drummer Brian Downey and guitarists Brian Robertson and Scott Gorham.

Unfortunately rock history would later lose Colosseum II in the shuffle, seen (perhaps unfairly) as a band that could never match the innovative standards of the original and a little dated due to their musical style.
And with Gary Moore more associated with Thin Lizzy in the 1970's (even though his time with that band totalled less than two years) Colosseum II became a footnote to the guitarist's musical history.

Which is a shame because Colosseum II, although commercially unsuccessful, produced some of the best rock fusion that decade had to offer.
Strange New Flesh (featuring vocalist Mike Starrs) was a strong debut and their third album, the primarily instrumental War Dance, is a rock fusion fan's delight.
Much of Gary Moore's Colosseum II work is fast and fusionally furious, but the albums also feature some of the best lead work he ever did.

Colosseum II were also associated with a fourth album release, but not one of their own – and just about every rock fan missed it...

In 1977 the band were featured performers on the live premier of Andrew Lloyd Webber's Variations (for cello and rock band, based around the theme of Paganini's 'Caprice No. 24') and were part of the album recorded a year later.
The album was highly successful but generally ignored by rock fans – and that's a pity, because it's a wonderful fusion of classical and rock.

Gary Moore also toured with Thin Lizzy for a few months in 1977 when Brian Robertson was unable to perform and became a permanent member in the summer of 1978, again replacing Robertson.

Gary Moore was now a force to be reckoned with but unfortunately the strong personalities and competitive natures of Phil Lynott and Moore meant this Lizzy line-up was always destined to be short lived.
Moore would feature on 1979's Black Rose however, regarded by many as Thin Lizzy’s finest 40 minutes.

In 1978 Gary Moore recorded his second solo album Back on the Streets, but it wasn't released until some months after Black Rose in 1979.
Back on the Streets mixed hard rock and fusion and featured Phil Lynott and Brian Downey on a number of tracks (the album also included contributions from Moore’s Colosseum II colleagues Don Airy and bassist John Mole).
The closing track 'Parisienne Walkways' is probably the song most associated with Gary Moore; featuring a distinctive Phil Lynott vocal and a truly memorable melody guitar line, it became a huge hit.

Gary Moore’s next band project was G-Force, the title coming from the fact the group was originally to have featured Gary Moore and Glenn Hughes.
The self-titled album was released in 1980 and is a mix of commercial hard pop and fast, fusion-esque rock and roll. It met with mixed reviews, but it’s an under-rated Gary Moore release. 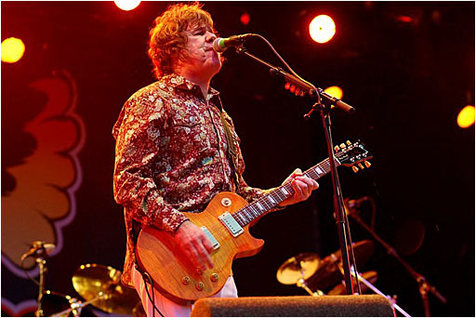 Whether displaying White Knuckles while fret-burning or demonstrating a
deft touch when going Back to the Blues, Gary Moore was one of the best.

Following the short but sweet G-Force period Moore put together other line-ups and recorded and performed with the Greg Lake Band before firmly establishing himself as a solo artist.

Gary Moore also worked with Phil Lynott again, covering Lynott’s ‘Military Man’ on the excellent Run for Cover album. The pair teamed up again for ‘Out in the Fields,’ a Top 5 hit single in 1985.

As the ‘80s became the ‘90s Gary Moore turned to the blues and proved he had as much touch and musical feel for the genre as he had for rock and roll – arguably more so.

Make no mistake, Gary Moore was an excellent exponent of the blues – you don't have B.B. King, Albert King or Albert Collins recording or performing with you if you don't have the blues licks.
And if you don’t have the chops it’s highly unlikely you work in a power trio with Jack Bruce and Ginger Baker…

In 1994 Bruce, Baker and Moore released their BBM album and toured the UK to promote it.
Anyone who believes BBM were nothing more than Cream without Clapton either hasn't heard the album or didn’t catch the tour. A great album and a great blues-rock three piece in their own right.

In 2002 Moore was involved in another power trio project, recording with bass player Cass Lewis and drummer Darrin Mooney. They released one album, Scars.

Between 1990 and 2008 Moore released a further ten studio albums, eight of which were blues based.
Each had something to offer, but ones to note include the critically acclaimed Still Got the Blues and Blues for Greeny, the tribute/ covers album honouring Peter Green.
Bad For You Baby, released in September 2008, would be Gary Moore's last studio album.

However as the first decade of the new Millennium drew to a close, and with classic rock back in fashion, Gary Moore was playing more rock orientated shows (including a few new Celtic-rock based tunes) and performed at a number of European festivals.
But what his next musical steps would have been, we will never know.

And that's part of the tragedy of his death.
His unexpected passing on the 6th February 2011 was devasting for his family and friends, but was also a great loss musically.
Because like another great Irish guitarist, the late Rory Gallagher, he left some outstanding rock and blues statements – but there was clearly more to come.

Gary Moore was a good songwriter. He was also a decent singer.
And one of the best rock guitarists the musical world has ever heard.

He was also an influence and inspiration to many guitarists, including blues-rock great Joe Bonamassa.

Gary Moore's six-string work was melodic with great tone and touch (evident on instrumental pieces such as ‘The Loner’), but equally he could crank up the amps or shred with ease when called upon.
‘White Knuckles,’ originally from the G-Force album, is a superb example of the latter and was a fret-burning tour de force in set-lists for many years.

If all the world is indeed a stage, the boy from Belfast was one of its finest players.


The audio track presented above is to accompany the article and in tribute to the memory of Gary Moore.
No infringement of copyright is intended.